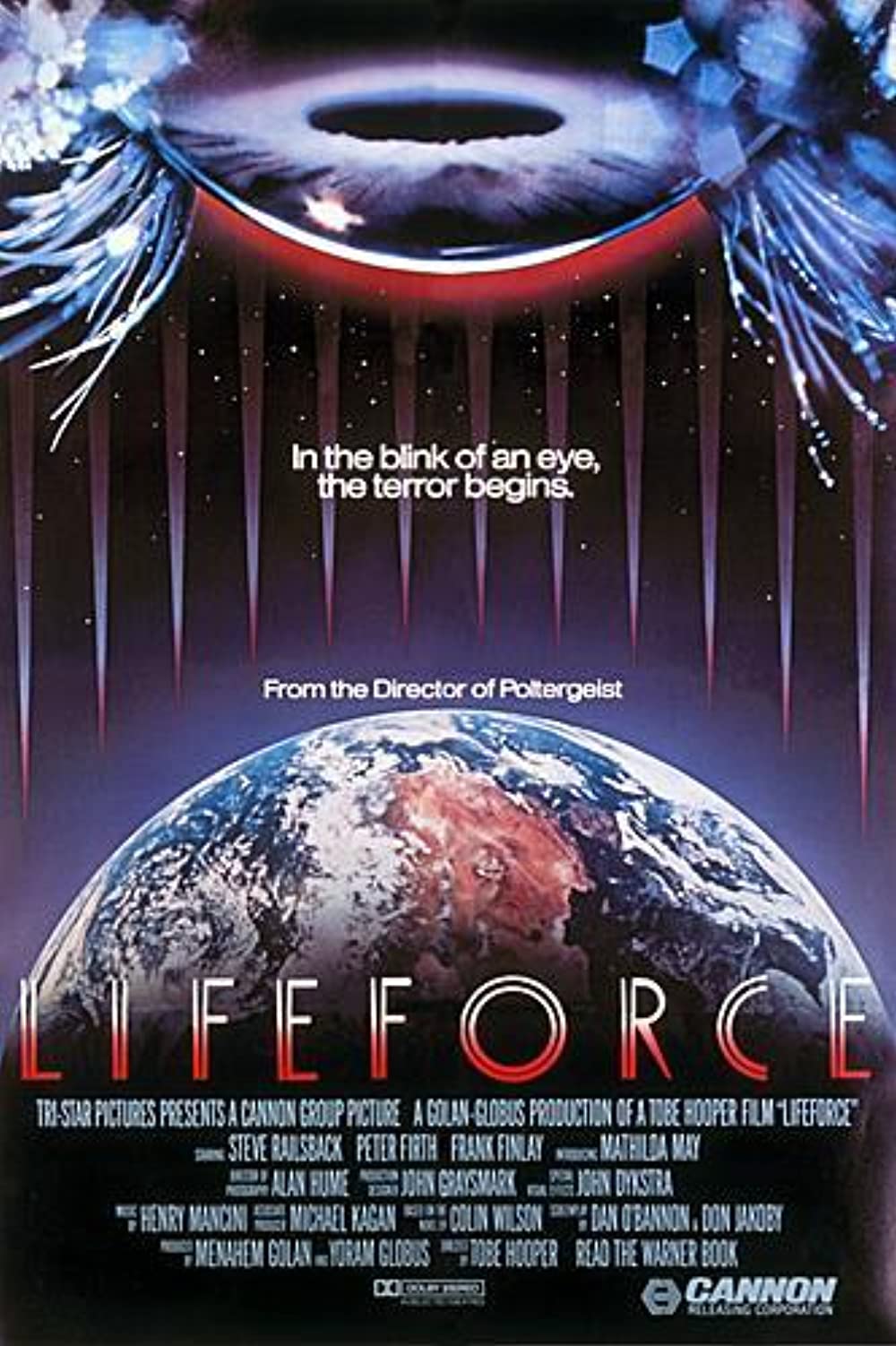 The joint British and American space shuttle “Churchill” comes back from an exploratory expedition. On board, no sign of life: the “Churchill” is not responding and the technicians from the “Columbia” shuttle go on board of it. They discover that it has been wrecked by a raging fire with no survivors. Only three sarcophagi have miraculously escaped the disaster. Inside, three naked humanoids are found—including a woman of a strange beauty, in suspended animation. The bodies are taken to the European Space Research Centre in London and placed under surveillance. A young, fascinated guard is looking at the “Space girl” who suddenly stands up in a luminous, blinding halo. She then hugs him and, in the blink of an eye, she drains the life force out of him…
Tobe Hooper (“The Chainsaw Massacre”, “Poltergeist”), a filmmaker particularly fond of the demoniac, the craziness and the cruelty, directed his sixth feature film with “Life Force”. Despite a commercial failure, this lyrically powerful and evocative movie is nonetheless an outstanding work in terms of fantastic films.
Dan O’Bannon (screenwriter for “Alien” and director of the great “The Return of the Living Dead”) and Don Jacoby drew inspiration from a Colin Wilson novel (“The Space Vampires”) and John Dykstra (“Star Wars”, “Startrek”, “Outland”) worked on the very well-made special effects.