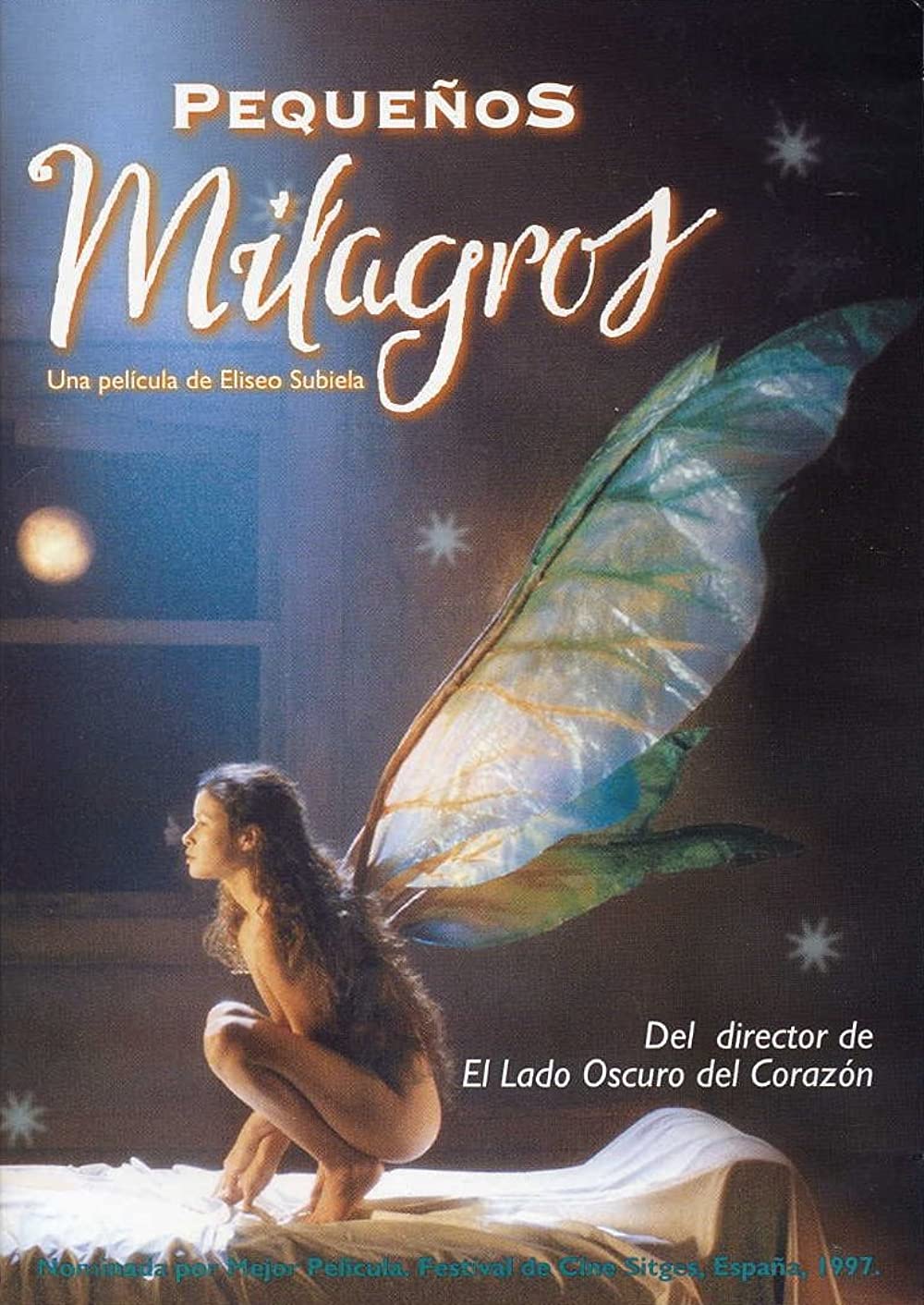 Shy young Rosalia works as a supermarket cashier in Buenos Aires. She lives alone and spends her time reading fairy tales. In her spare time she volunteers as a companion for the blind. Rosalia copes with the real world by seeking refuge in her own magic kingdom. She imagines herself a fairy who has come down from the sky to fulfil a mission but hasn’t been able to return. Rosalia takes the bus every day to go to work. At her regular stop, as at many sites in downtown Buenes Aires, there is a security camera, which records everything and retransmits it over the Internet. Santiago is a physicist who works for the Search for Extra-Terrestrial Intelligence, an international program which seeks to capture any signals from outer space that might indicate alien intelligence. Santiago is obsessed with his work. His only regular companions are his dog and his computer, which he uses to browse the Internet. He therefor has access to whatever is recorded by the security camera at Rosalia’s bus stop.
Pequenos Milagros is a Spanish Television Services production. It’s written and directed by Eliseo Subiela. He made a story for wounded adults who are frightened by the night and who are in need of recuperating some part of their childhood: fantasy and love.