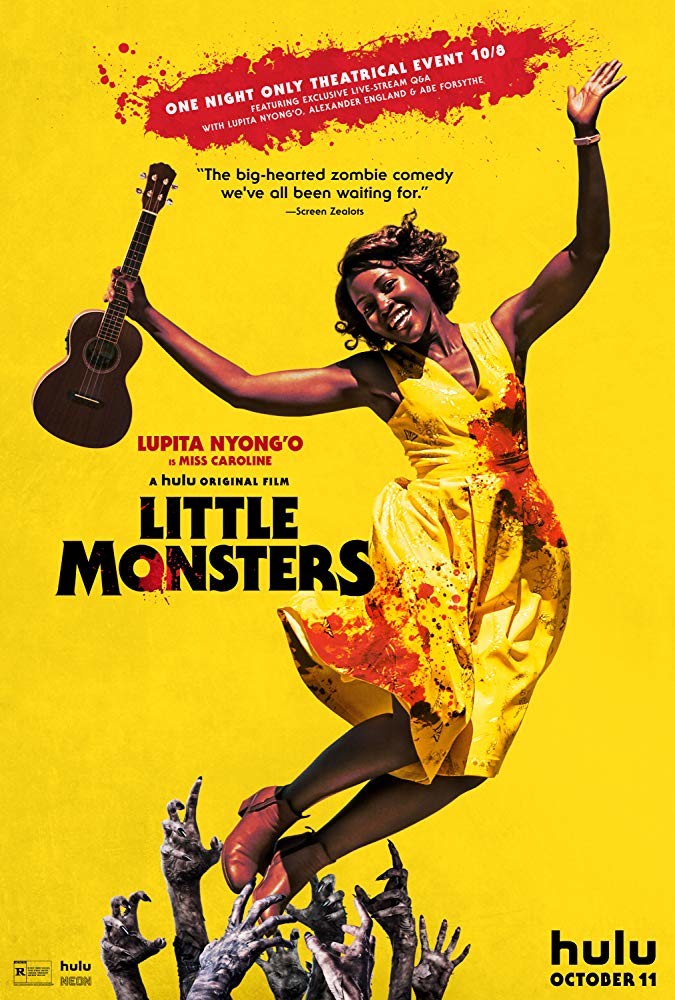 After a rough breakup, a washed-up rocker crashes at his sister’s place. When an opportunity arises to chaperone an upcoming school excursion alongside a charming kindergarten teacher, he jumps at the chance to impress her. What he wasn’t anticipating was the obnoxious children’s television personality who shapes the excursion’s activities. What he was expecting even less was a zombie invasion, which unfolds after an experiment at a nearby military base goes awry. Armed only with the resourcefulness of kindergartners, they must work together to keep the monsters at bay and carve a way out with their guts intact. Abe Forsythe is an Australian actor turned director. LITTLE MONSTERS is already his third feature. For this “ feel-good zombie flick” (in the filmmaker’s own words–that must be a whole new genre by the way) he succeeded in getting a fine bunch of actors: Lupita Nyong’o (US, BLACK PANTHER, STAR WARS: THE LAST JEDI & THE FORCE AWAKENS), Josh Gad (MURDER ON THE ORIENT EXPRESS, BEAUTY AND THE BEAST, THE ANGRY BIRDS MOVIE), and Alexander England (ALIEN: COVENANT, GODS OF EGYPT).