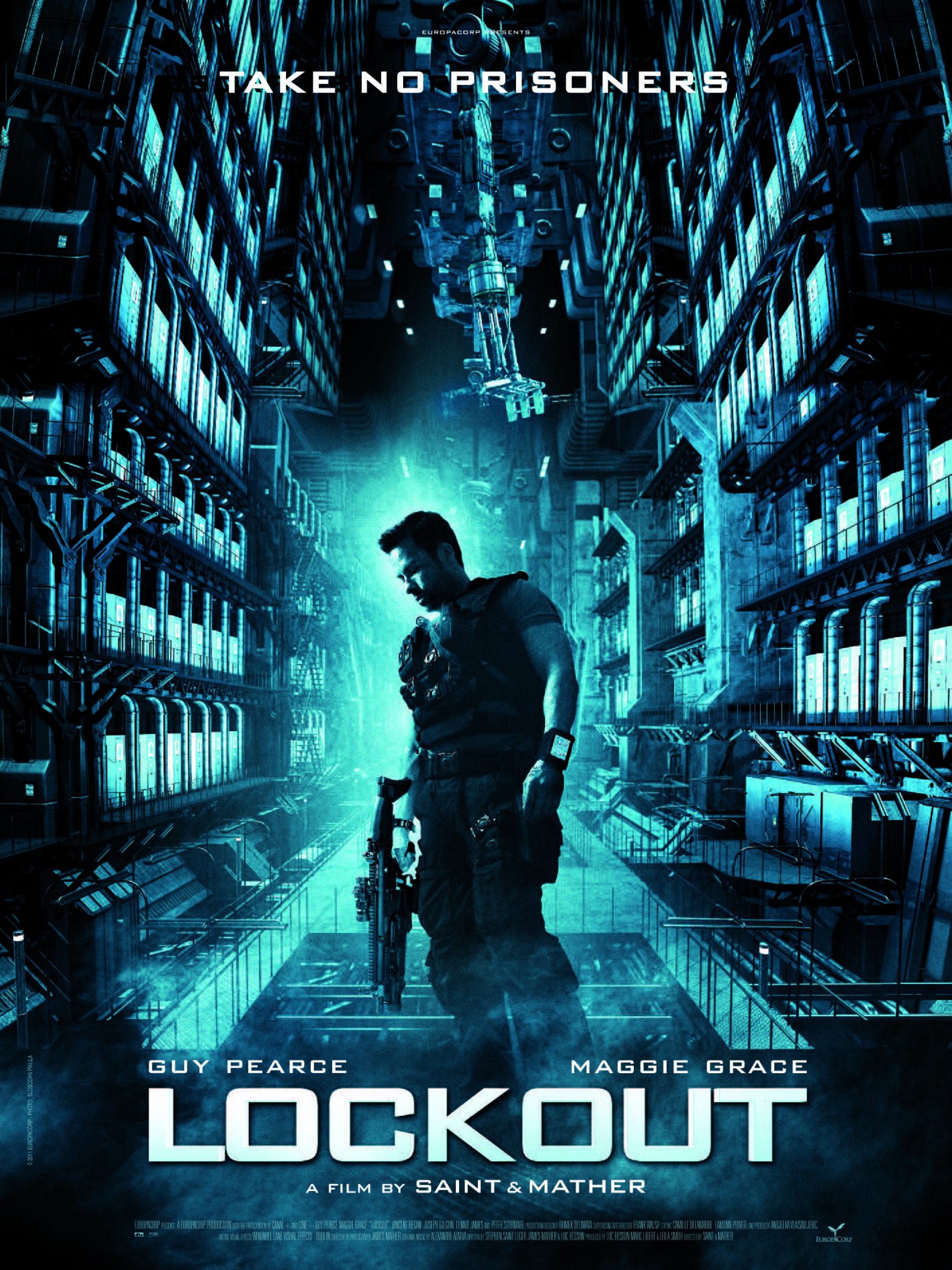 Overpopulation, pandemics, chain disasters, murders and molestations at every street corner; the future looks as bright as Darth Veder’s boxer shorts. In this crime ridden world, the government has created the Fort Knox of high security prisons: an impregnable fortress for the worst villains of humanity. A riot later, the high security standards are quickly revised upwards, while the concerns for the unfortunate hostages climb, including young psychologist Emily Warnock. To put all these beasts back in their cages, the white collars can only count on Snow, a loose cannon with a big mouth on trial for a crime he didn’t commit. After lots of bare-fisted convincing, they are finally ready to tell him the painful truth. Emilie Warnock is the daughter of the American President and the highsecurity prison is located in space. Lock-out, Europacorp’s new production, co-written and produced by Luc Besson, unravels the sci-fi codes by focusing on an anti-hero who talks in gritty punch lines. The script is like a crossing between Fortress and Cell 211. Whether it’s with its impressive C.G.I. backgrounds or the sets in the Belgrade PFI studios in Belgrade, this sciencefiction spectacular will not give you a moment to recuperate. Starring Guy Pearce ( Memento ) and Maggie Grace ( Taken ), who certainly likes to play the hostage, as she’ll also be starring in Taken 2!