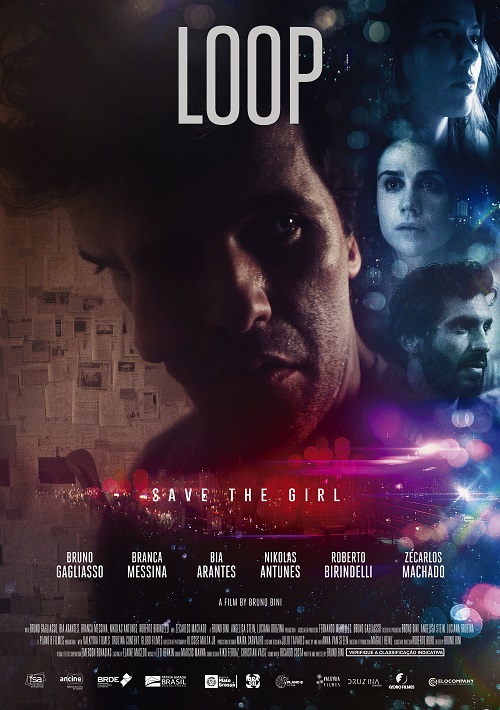 As a country that has Bolsonaro for president and that lost 2-1 against Belgium in the World Cup, it’s not surprising that Brazil dreams of traveling back in time. Daniel however has other motives. Years and years he’s been slaving away in search of the formula for time travel, which seems at his fingertips but somehow keeps eluding him. Luckily he has his girlfriend to take his mind off the matter. But one day, chatting with her on the rooftop, tragedy occurs. He’s knocked out and when he regains consciousness, the lifeless body of his girl lies beside him and he catches a glimpse of the murderer jumping off the building. Suicide after a horrible deed? Seems like it, but down on the street there’s no sign of a body… Daniel throws himself into his work. Not to forget his trauma, but to find a way to turn back the clock to save his girlfriend… Nerdy Daniel is like a Terminator Marty McFly. Not some nostalgic time travel tripper, but a scientist and responsible boyfriend on a dark mission. But as we all know, you don’t mess with time without consequences… If you think you figured out LOOP, you’re severely underestimating this Brazilian gem.