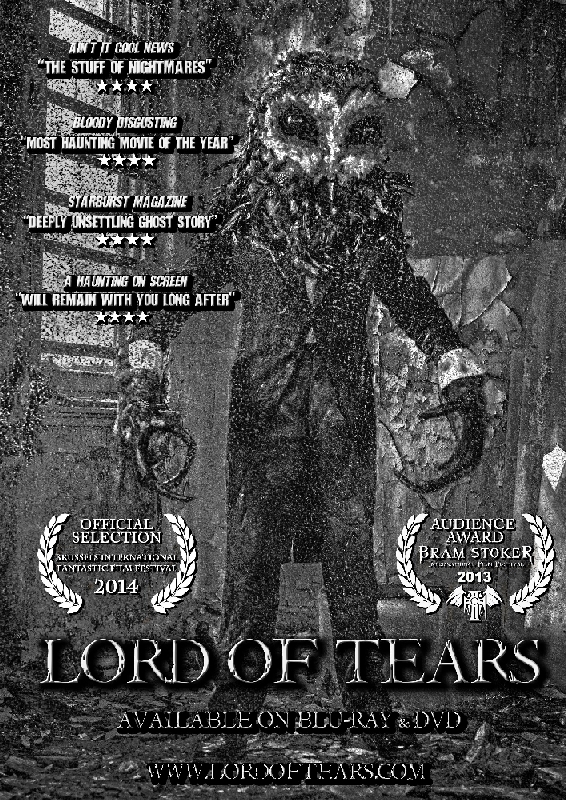 Baldurrock House has a dark reputation. Built on the site of a pagan shrine, the crumbling mansion in the Scottish Highlands holds many disturbing secrets. When troubled teacher James Findlay begins having visions of a nightmarish owl figure, he returns to Baldurrock, his ancestral home, in search of answers. There, he meets Evie Turner, a beautiful young American woman who helps him to unravel the mysteries of the house. What they discover is much more terrifying than he could ever have imagined and ultimately, the awful truth threatens to destroy them both. James must find a way to undo the wrongs of the past; to release the vengeful spirit of the house, satisfy the demon and somehow escape with his life. Can he lift the curse? Or is he doomed to pay for the sins of his forefathers forever? Lord of Tears, the second feature of young Scottish director Lawrie Brewster, is a loving homage to the classic gothic horror from the 60ties and 70ties. Brewster uses atmosphere and shadows instead of explicit shock effects and can count on the very effective and intriguing figure of the Owl Man to slowly get under our skin. Lord of Tears had a limited budget, but that’s almost impossible to see. Who needs expensive sets or a battery of special effects when you have a spooky mansion in the rugged and misty Scottish Highlands to play with!