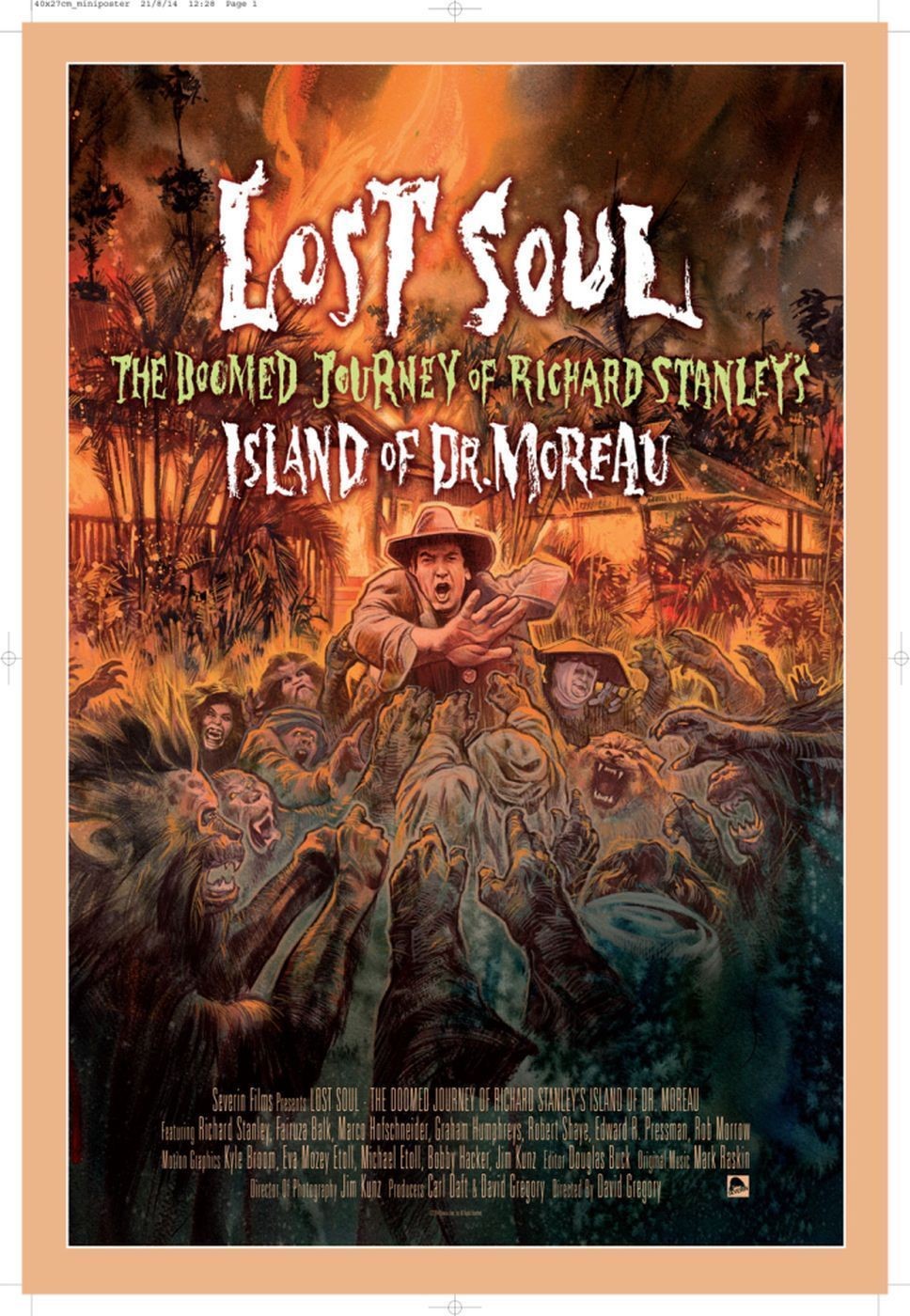 After the success of Hardware and Dust Devil, Richard Stanley gets the chance to realize his dream project; an adaptation of H.G. Wells’ classic The Island Of Dr Moreau. He hopes to direct a very personal, eccentric and daring movie. Unfortunately it’s impossible to make something like that in Hollywood without dancing with the devil. The shooting is a hellish ordeal. Stanley faces censorship, a storm destroys the set and the colossal egos of Marlon Brando and Val Kilmer crash with each other. Stanley gets replaced by John Frankenheimer, someone who’s more pliable to the wishes of the studio execs, and is banned from the set. Disguised as one of Dr. Moreau’s creatures, he infiltrates the shooting and is a first row witness of how his dream falls apart.

Lost Soul is a documentary about a movie that never was, at least not the way its director intended it to be. Like previous movies about the same subject (Lost in La Mancha, Jodorowsky’s Dune), this is a film about a director who goes through big studio hell. As often, it’s the story of one man against the machine. Lost Soul is a fascinating and riveting tale about a modern day Don Quixote.