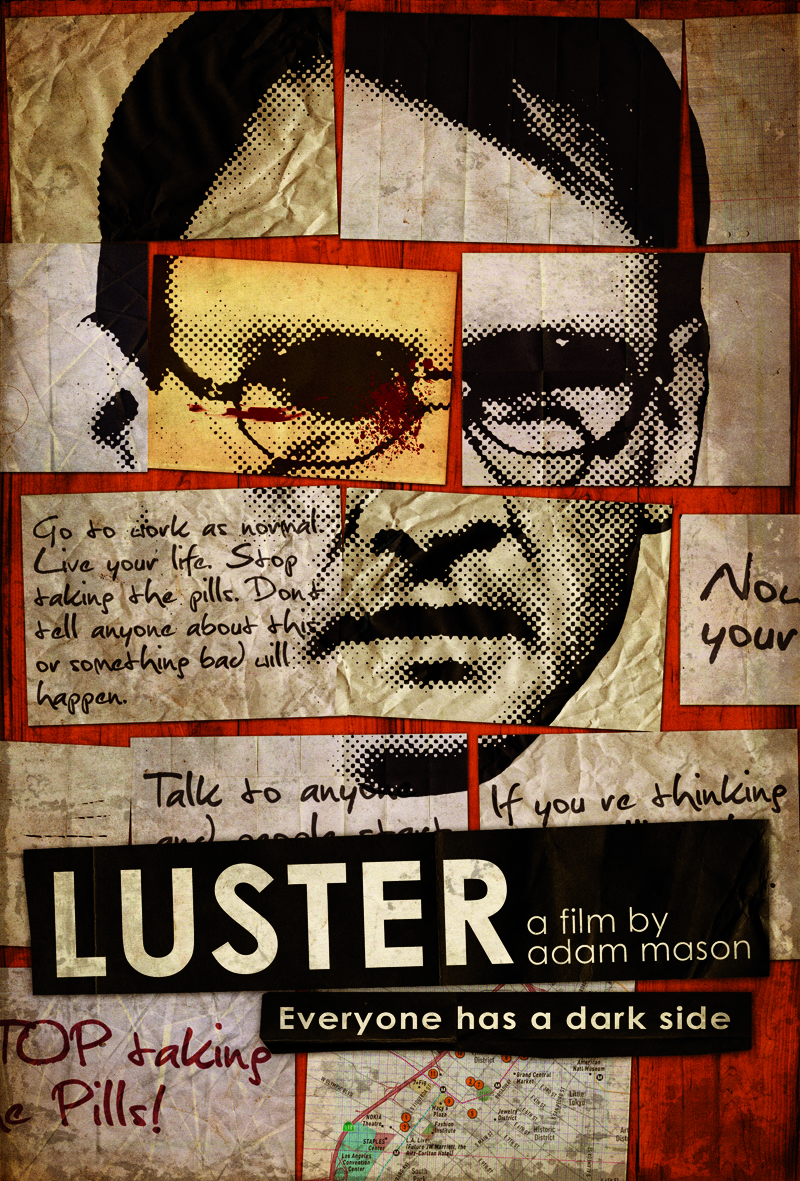 Thomas Luster is a self made businessman with a tidy little life, a charming wife… and recurring insomnia. One fine day, he starts receiving some strange notes. He initially suspects his neighbor, a formed child star, who ogles his beloved wife like a turkey ready for stuffing. But the notes keep on coming and Thomas, who’s getting ever more paranoid, is now convinced that an intruder is paying them a visit during the night. Without a glimpse of hesitation, he installs CCTV at home, ready to host his very own Big Brother show. But when he watches the tapes, a vivid nightmare replaces his insomnia. Thomas meets Luster, his Machiavellian alter ego who doesn’t mind getting blood on his hands. After Blood River, shown last year at the BIFFF, Adam Mason is back in Brussels with Luster, a Hitchockian dive in a dazed subconscious that borrows simultaneously from the Swedish “Sleepwalker’ and the classic Jekyll / Hyde dilemma. On the screen, apart from the brilliant Andrew Howard ( The Devil’s Chair, Blood River ) as Luster, are some impressive newcomers : Billy Burke ( Twilight ) and Tommy Flanagan ( Sons of Anarchy, Gladiator ). A brilliant bit of casting for a movie called “Luster”. Could that be a premonition ?