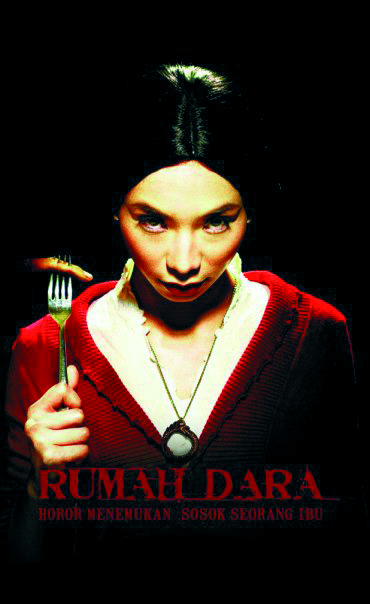 With its 18.000 islands, Indonesia is the world’s biggest archipelago. During the first centuries of our era, it was a trade region between India and China. It’s only in the 16th century that the European nations reached the Moluccas for the spice business. Hey, are we getting up your nose ? What do you want ? The pitch ? Well… The story is pretty simple: imagine a bunch of friends who decide to play the Good Samaritan by driving home a young girl + a mom as warm as a frozen foods department who invites them to grab a bite + a shack lost in the middle of the woods with walls full of very sharp tools = drama and dismemberment, blood and gore geysers, heroic victims and diabolical villains. In short ; first class grand guignol butchery, proving that the Texas chainsaw massacre was a massive hit in Jakarta’s video stores. And for those who care, Indonesia’s GDP was estimated at 408 billion dollars in 2007. Macabre, first release of the Singaporean label Gorylah Pictures, is Kimo Stamboel’s and Timo Tjahjanto’s ( that’s what the Mo stands for ) long version of their short movie Dara. Faithful to the first draft, they hired the creepily charismatic Shareefa Daanish again for the part of the mad mother. It wouldn’t surprise us if if Macabre would join the pantheon of slasher classics in the big butcher shop in the sky.