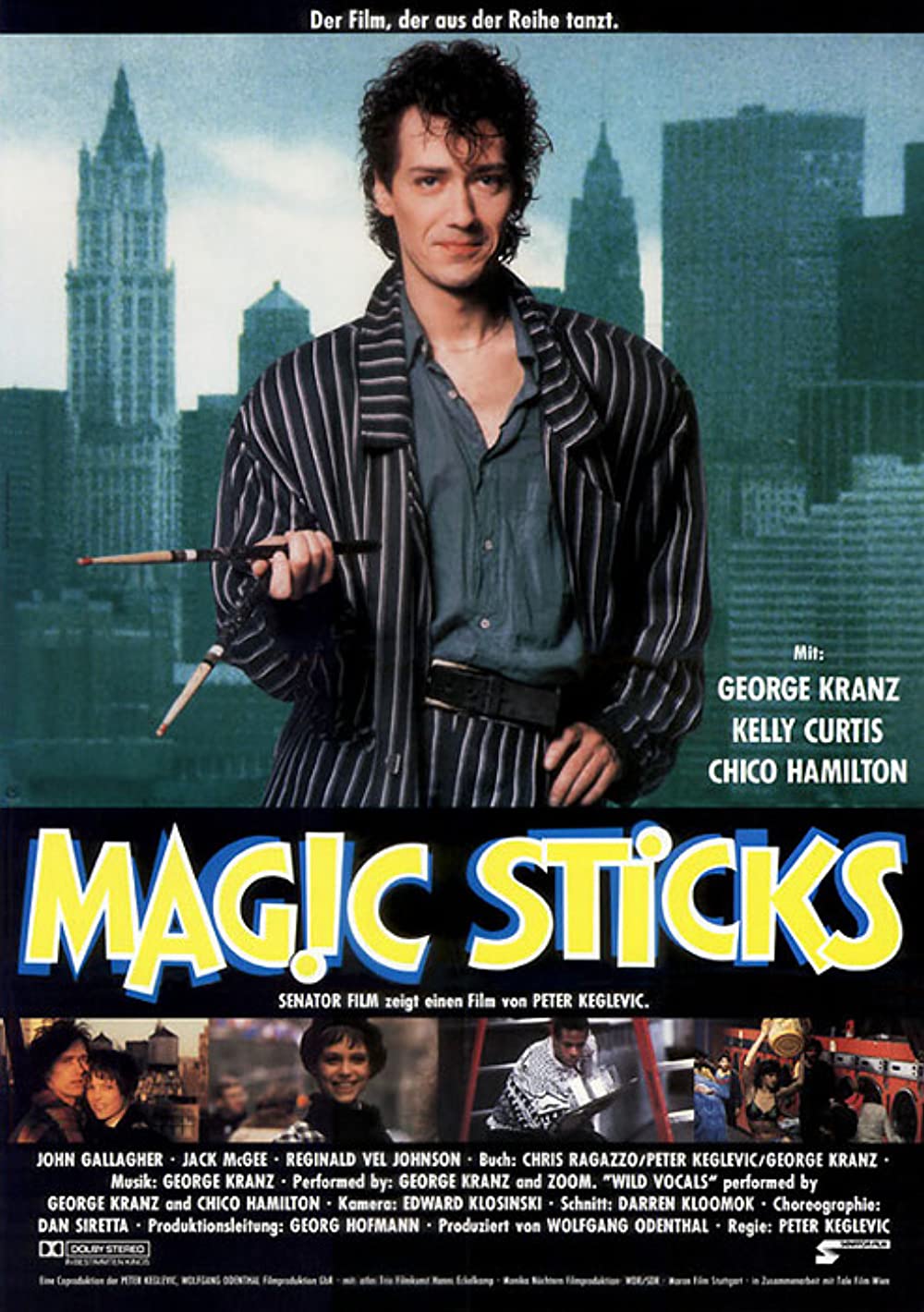 Felix is a down-and-out rock drummer and lives in New York. One day, he buys a pair of sticks to a peddler and tries them on his snare drum: the few people attending his drum rolls start to dance in rhythm. Felix is thrilled at first, but quickly realises that his talent has nothing to do with the crazy dance that possesses those listening to him: the dancers seem hypnotised, and above all, unable to stop dancing as long as Felix carries on playing. There’s something special in these sticks!
Felix shares this mysterious secret with a bunch of gangsters: what a bargain for them who plan to use this musical instrument instead of their pistols and machine guns for their next hold-up!
From manhunts to mugging, from kidnappings to hold-ups, Felix will learn the secret of these magic sticks and win his favourite fan’s heart…
This story of “magic” fantasy, without dragons, but with a prince charming and a damsel in distress, was directed by the German Peter KEGLEVIC. He imagined this story with George KRANZ, who was entrusted the main role of the drummer as well as the job to compose the soundtrack. KRANZ, a training drummer, and composer of a successful LP record in the US, as well as an actor (he has more than 100 American and European TV shows on his own), successfully got himself out of these three responsibilities: he plays Felix with great freshness and his music joyfully gives rhythm to a story full of plot twists. It is Kelly CURTIS (Trading Places, Hometown), Tony CURTIS and Janeth LEIGH’s daughter, who plays the lover.