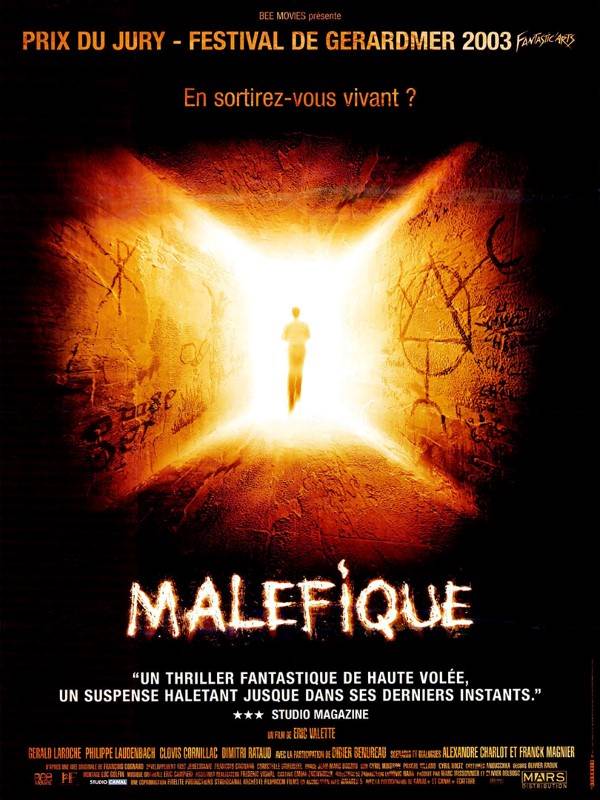 A prison cell with four detainees. The young manager Carrere is accused of swindling. 35 year old Marcus is a transsexual being rebuilt as a woman. Paquerette, 20 years old, is mentally retarded and the sexagenarian Lassalle is an intellectual who murdered his wife. Behind a mysteriously loose stone in their cell, they discover a book. It‘s the journal of Danvers, another detainee who inhabited the cell at the turn of the century. The journal is a magnificent old book with magic spells, permitting these four mortals, whose bones are painfully cracking in the can, to escape towards dimensions in the twilight zone of our dreams.

In Eric Valette’s debut long feature Malefique, Evil has found a home between the four walls of a dismal prison. His film builds upon the legacy of old fashioned horror movies and is peopled by oppressive characters, articulated dolls with shining eyes, solid dialogues and a nameless Horror that is slithering between the prisoners’ bunks. Malefique is pure, unashamed French B movie fun. With Didier Bénureau (The Visitors, The Chambermaid on the Titanic), Geoffrey Carey (The Big Blue, Bitter Moon) and Clovis Cornillac (A Private Affair, Carnage).