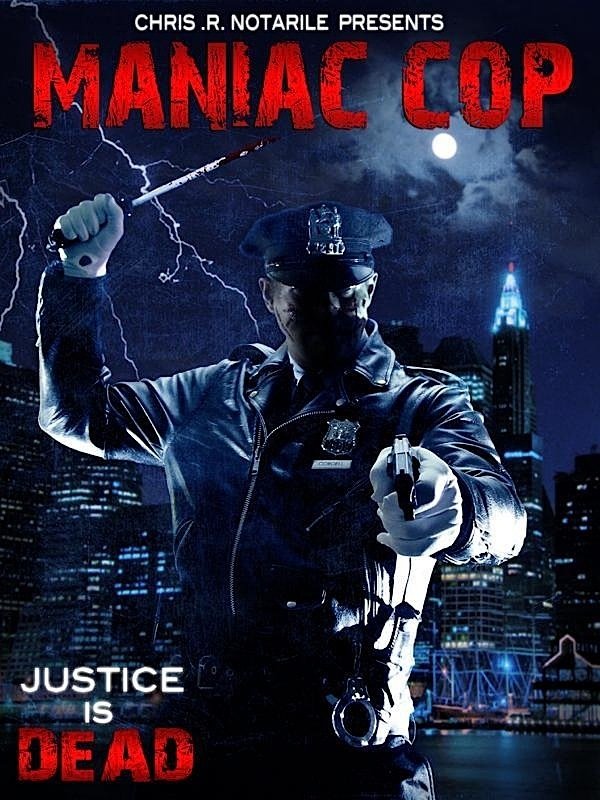 Junkies in distress raid a pharmacy. Policewoman Kate Sullivan manages to take out one of the robbers before she herself suffers a stroke and falls into a coma. A freelance TV crew films the incident and, out of sensationalism, manipulates the footage so that it appears that Kate shot an innocent person. “Police brutality,” screams the crowd, whereupon the commissioner and the hospital think it would be better if Kate did not wake up. Courageous Doctor Susan Fowler prevents this, and Detective Sean McKinney, whom we remember from Maniac Cop II, sets out to prove his colleague’s innocence. For this he gets help from an unexpected corner. Maniac Cop Matt Cordell, once a victim of foul play too – which landed him a conviction for eternally handing out bloody parking tickets – goes through this with his crude bat to change everyone’s mind about Kate. But he doesn’t just have cruel good intentions. In Kate, an old friend from the police academy, he sees an ideal woman to share his eternally doomed patrolling. “Wife of Maniac Cop: A Partnership Made in Hell???” Who knows, who knows.

The second resurrection of Matt Cordell was something that, given the success of the previous two episodes, just had to happen. Action Master William Lustig (Maniac, Hit List, Maniac Cop I & II) and screenwriter and fellow (iconic) director Larry Cohen (It’s Alive, God Told Me So, The Ambulance), who came up with the character, made this the best of the three. Spectacular car chases, innovative stunts, humorous dialogue, and raw police brutality all in one benefit package. Robert Davi (Raw Deal, Die Hard, The Goonies) is still Detective McKinney and Robert Z’Dar (Beastmaster II) is the maniac cop for the third time.