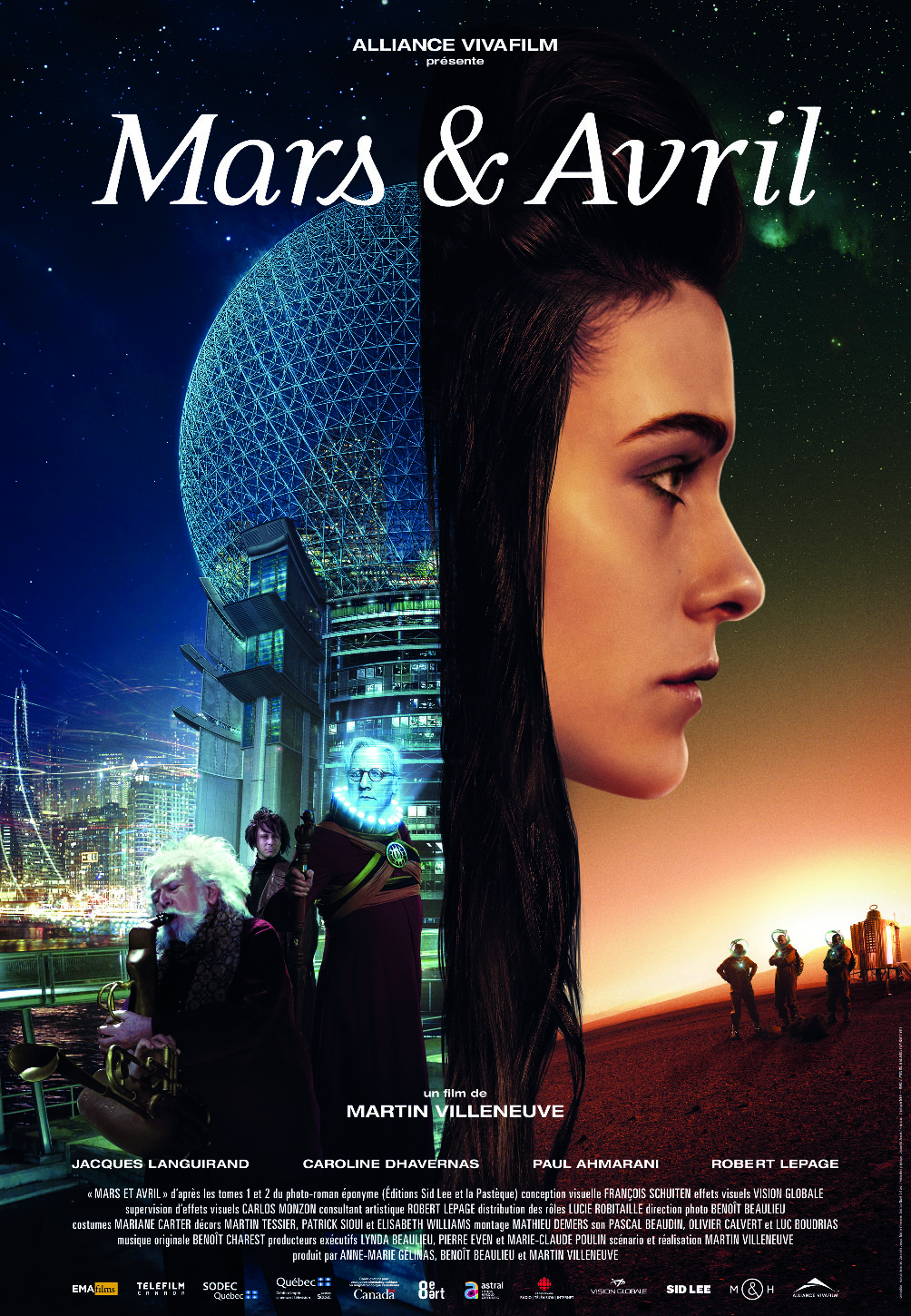 Welcome to a futuristic Montreal, where humanity is about to set foot on Mars. Jacob Obus, a charismatic musician, takes pride in slowing down time by playing instruments inspired by women’s bodies. They are designed by his long time friend, Arthur. Their day by day life unfolds in smooth harmony, temporized by gigs and new discoveries. That is until Jacob and Arthur both fall in love with a young photographer named Avril. This love triangle is not good news for their successful career. Enter Eugène Spaak, inventor, cosmologist and Arthur’s father, who unveils a new theory about man’s desire to reach Mars and helps Jacob find the true meaning of life and love. This impressive first feature film, written and directed by Martin Villeneuve, is an adaptation of two graphic novels of the same name by Villeneuve that were honored with several awards. Such an ambitious film required an impressive team, including our very own François Schuiten as production designer, but also Le Cirque du Soleil, which contributed to the film by commissioning the creation of imaginary musical instruments. We invite you to immerse yourselves in the extraordinary universe of Mars et Avril !