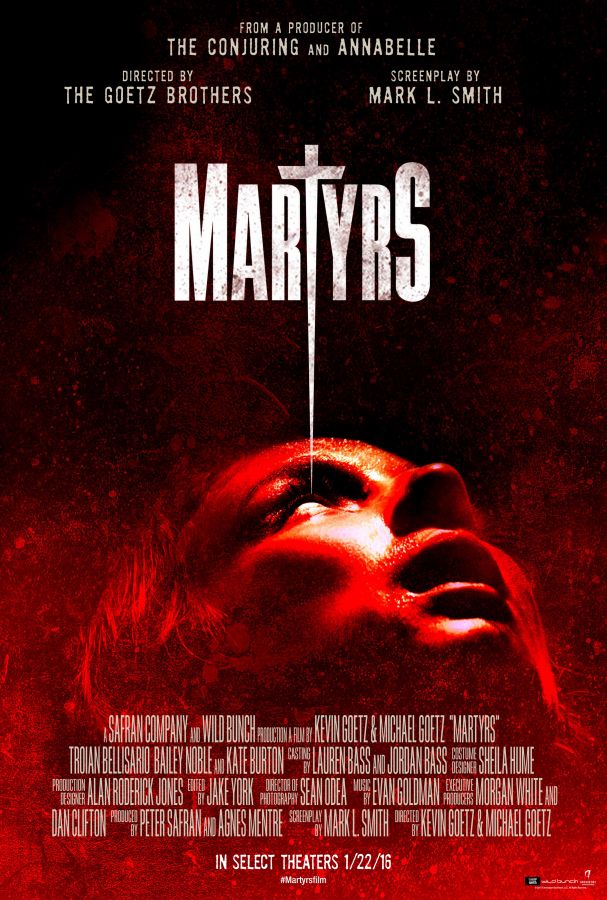 Lucie, a young girl, is fleeing barefoot and bloodied from a secret room where she was held captive and tortured. The girl ends up in an orphanage, where the same-aged Anna becomes her only friend and confidante. Ten years after she escaped from her ordeal, Lucie’s still traumatized. The only one who knows what she went through is Anna and the perpetrators are still out there somewhere. Lucie has never forgotten their faces, despite all the drugs that they fed her. Now she finally has a lead, which points to an idyllic farm in the countryside inhabited by a model-family that could have come straight out of a sitcom. Armed to the teeth and accompanied by Annie, Lucie sets out to set things straight once and for all. If only it was that simple.

The 2008 French contemporary horror classic by Pascal Laugier gets an American makeover by directing brothers Kevin and Michael Goetz (Scenic Route). And that’s no reason to hide under your seats. Stay glued to the screen, because this 2015 remake stays true to the bleak vision of the original, delivering us an experience that goes beyond mere torture porn. With a script written by Oscar winner Mark L. Smith (The Revenant) and stellar performance by Troian Belliosario (Pretty Little Liars) as Lucie and Bailey Noble (True Blood) as Anna, Martyrs will hit you as hard in the gut as the Golden Méliès of 2008.