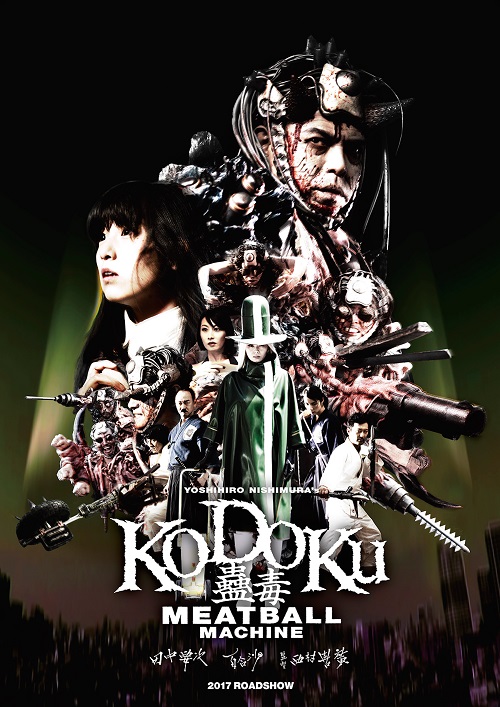 It doesn’t matter on what door he knocks, debt collector Yuji will not see any money. Insults, ridicule and laughter on the other hand… And there’s the beating he can expect from his boss when he comes back empty handed yet one more time. And now there’s a cancer which has reduced his life span to a mere three months. In his circumstances, an alien invasion would normally not be seen as an improvement, but the parasites that transform the infected into mutated monstrosities, the necroborgs, do not interact very well with his cancer. On the outside, Yuji looks completely different, but on the inside his mind is still his own. Time to get some revenge on everyone who has ever done him wrong, But first he should save the world, because the other necroborgs are not to keen on this outsider and the alien masterbrain wants him dead. Soon limbs are flying all over the place and the walls are painted in blood. The Necroborgs are back, 12 years after the splatterpunk classic from Yudai Yamaguchi (Silver Raven BIFFF 2013 with Abductee). And this time the special effects director of the original stands behind the camera. BIFFF regular Yoshihiro Nishimura is not only the director of some of the most insane films ever made (Tokyo Gore Police, Vampire Girls vs Frankenstein Girl, Hell Driver), he’s also one of the most reputed Japanese sfx masters (Attack on Titan, Tag, Shin Godzilla). Those who ever witnessed him “live” at the BIFFF, know that moderation is not part of his vocabulary. You’ve been warned!