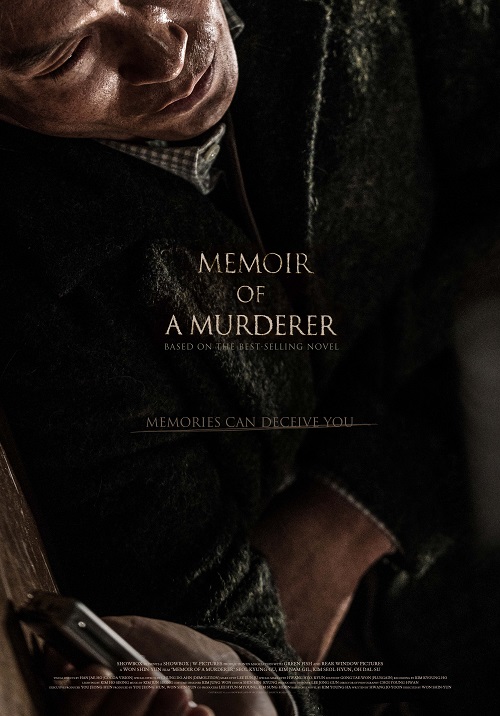 MEMOIR OF A MURDERER

It’s a well-known fact that fathers can be quite defensive when a daughter presents her new boyfriend. But what if the father recognizes his own killer instinct in the guy ? Byeong-soo is a veterinarian who for 15 years has been suffering from Alzheimer’s disease. Since then he has given up his hobby: getting rid of society’s scum. But as to his daughter’s boyfriend, with his murderer’s face and sanctimonious grin… he doesn’t trust him for one bit. In order to get to the bottom of this, he will have to deal with his failing memory, which has more holes in it than a ripe Swiss cheese. And all the things he remembers from his past, did they really happen ? In South Korea, Memoir of a Murderer attracted more than two million spectators in less than two weeks. The success is no doubt due to the dynamic direction by Won Shin-yun, who forces you to see the world through the eyes of a serial killer. But the excellent performances certainly add to the effect. Among the actors, we recognize Kyung-gu Sol from Cold Eyes (BIFFF 2014), whereas Dalsu Oh played in Tunnel (BIFFF 2017), Veteran (BIFFF 2016), and the instant classic Oldboy.