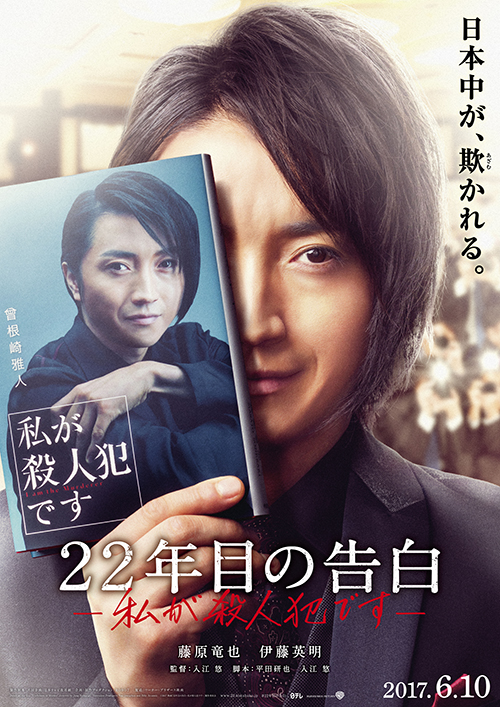 MEMOIRS OF A MURDERER by Yu Irie

In 1995, Ko Makimura is still a rookie with the Tokyo police, and
he is a bit like a paraplegic in his chair; he’s desperately waiting for
something to move. He’s not greedy, a small theft or a car-jacking
would do the trick. But his baptism of fire will be a series of particularly
violent murders. Five in total, committed by a narcissistic
psychopath, keen on strangling his victims before the horrified eyes
of a relative. 22 years later, the case has still not been resolved and
Makimura, even though he has caught more criminals than Columbo
during his 10 seasons, has never come to terms with his failure. And
it’s certainly not the highly publicized release of a book written by
the alleged perpetrator of these murders that will help him to forget
this fiasco. Masato Sonezaki decides to capitalize on his notoriety of
a serial-killer, now untouchable because he can no longer be persecuted
for the crimes.
Does this story seem familiar to you? That’s normal. Here’s the Japanese
remake of Confession of Murder, an enormous hit for Korean
director Jung Byung-gil, who also received the Best Thriller Award
at the BIFFF 2013. Don’t expect a simple copy-paste of the original.
Director Yu Irie (The Sun, Joker Game) has given a different twist
to the story, which remains as tense and gripping as ever. Starring
Tatsuya Fujiwara (also in Death Note at the BIFFF) and veteran Hideaki
Ito (The Princess Blade, Sukiyaki Western Django).