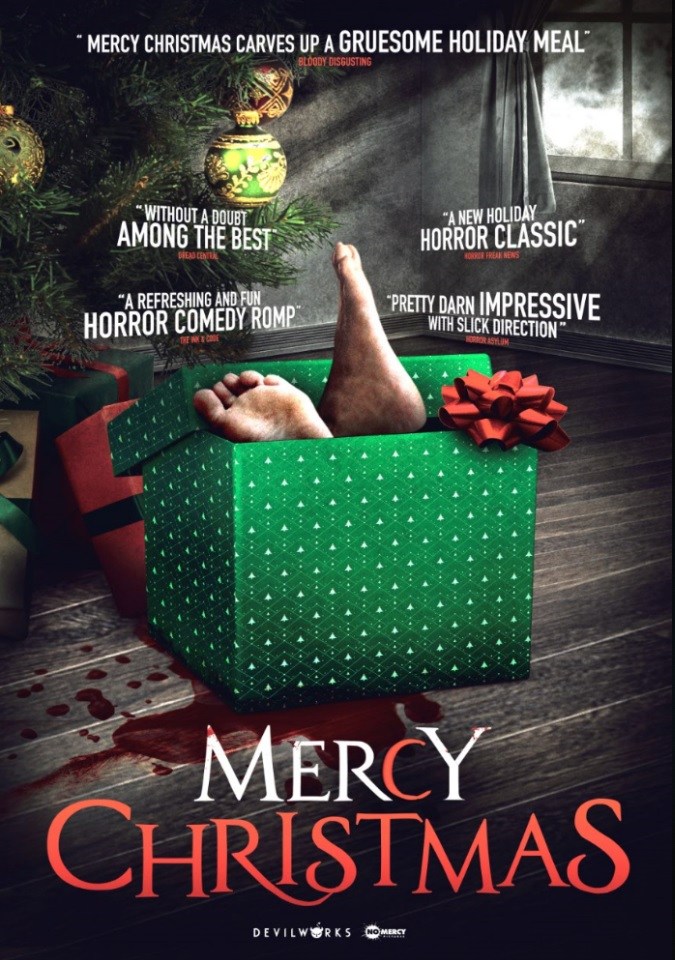 Michael Briskett’s has many gifts, but social savvy isn’t one of them. While his co-workers enjoy the Christmas party, this nerd is crunching numbers in his tiny office. When his boss asks his help with an urgent year-end report, Michael is flattered. Just one catch – it needs to be done by Christmas. The stack of research arrives with his boss’ beautiful assistant Cindy. Michael is smitten and when she invites him to join her family for a traditional Christmas celebration, he is simply over the moon. While there, a spiked glass of eggnog lands Michael in the family’s basement with his hands and feet bound. He is presented with an ultimatum: deliver the year-end report or suffer the way those before him have suffered. If he doesn’t escape, Cindy’s family will be having him for Christmas dinner! It took screenwriter-producer-director Ryan Nelson seven years to turn his short Mercy Christmas into a full-length feature, but it was worth the wait. This unusual addition to the all-American Christmas movie genre (think How the Grinch Stole Christmas, The Polar Express or A Christmas Carol) charms the viewer with its unique mix of spine-tingling scares and hilarious humor.