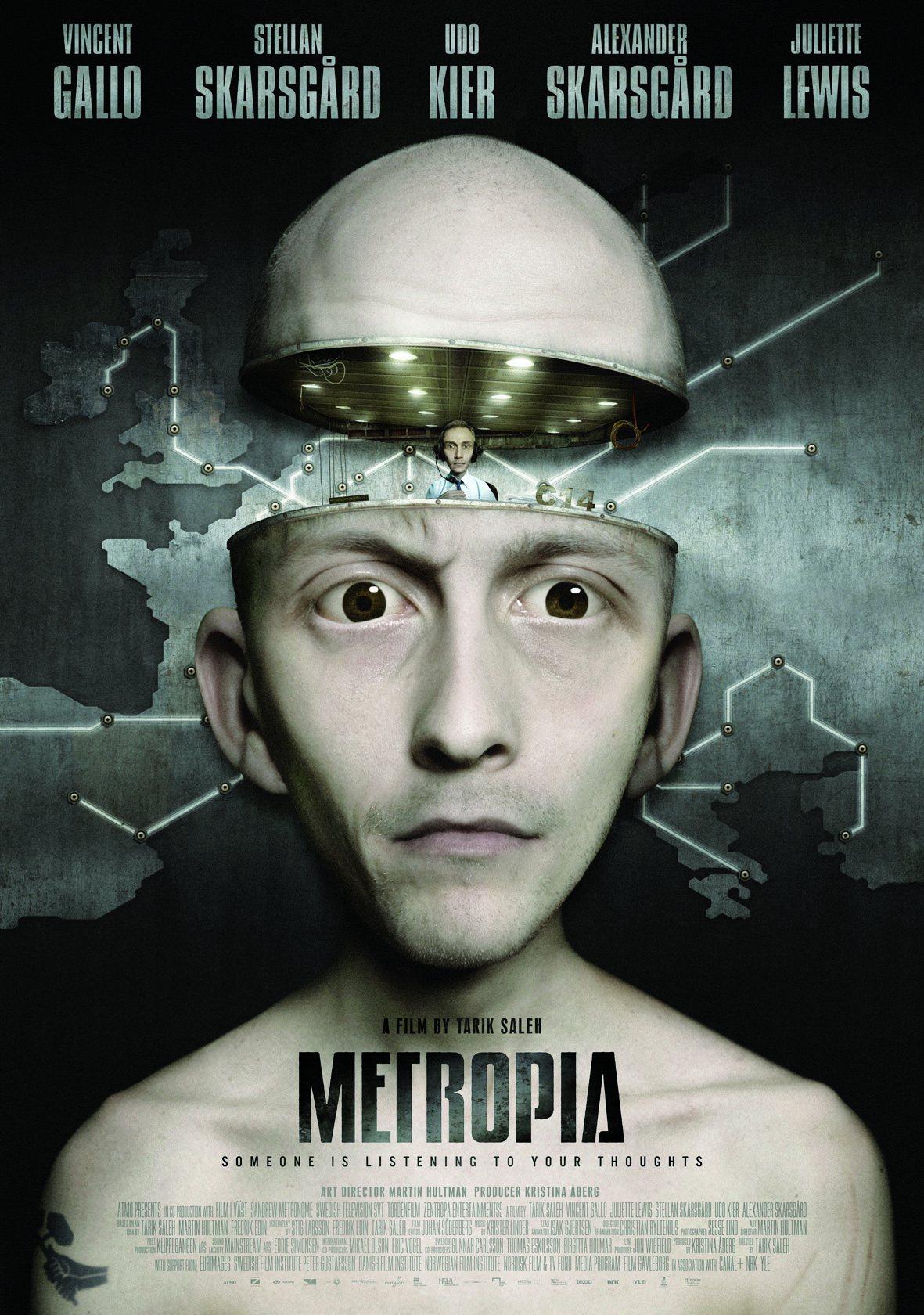 Manipulating crowds with an anti-dandruff shampoo which transforms hair into transmitters ; L’Oréal could never have come up with that one ! Yet, that’s what Roger, a little insignificant functionary, is going to learn at his expense. Let’s set the scene. It’s 2024, the Middle Eeast’s oil wells are dry well and the cities of Europe are now connected through an underground network that belongs to the Trexx conglomerate. The firm controls everyone who uses their transit network. And when Roger, born paranoid, starts hearing voices who tells him how to behave, it’s the universal conspiracy theory that’s going to hit him in the face. Maybe his salvation resides in Nina, a fantasy with a skirt whom he runs into in the subway. Or maybe not. It’s so difficult being paranoid… Animation is no longer the exclusive domain of Pixar and Disney. Tarik Saleh presents us with an innovative mix of 3D, rotoscopic images and live performances to create a Scandinavian dystopia with graphics that have never been seen. Equipped with a solid script, this Orwellian nightmare has the luxury of a prestigious voice cast : Vincent Gallo, Juliette Lewis and our previous international jury president Udo Kier (he plays the bad one for a change). Big winner of the last Venice festival, Metropia is a must see.