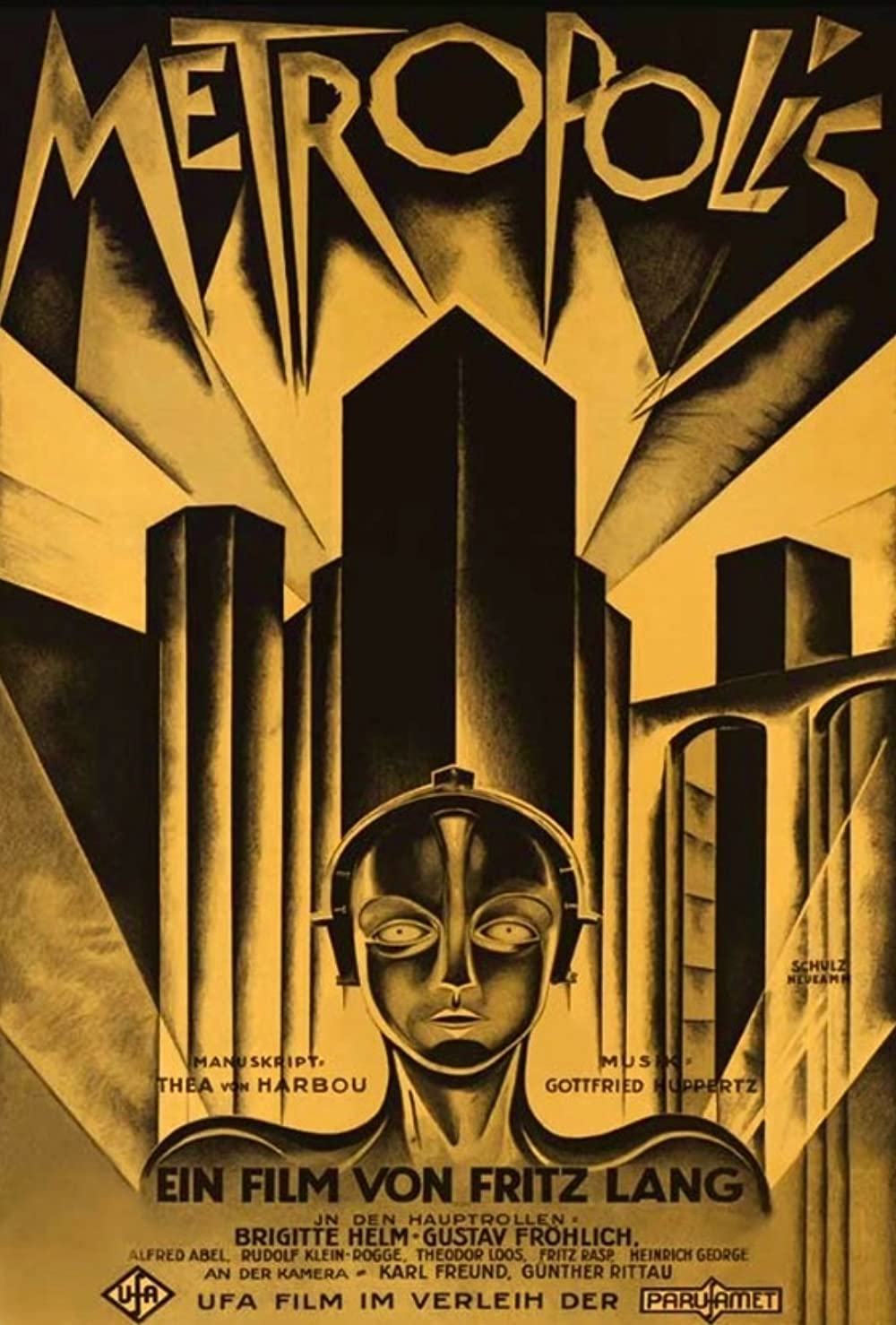 The second greatest sci-fi movie of the twenties is Metropolis by Fritz Lang. It is the archetype of the social sci-fi film. The budget was around 7.000.000 mark (The sum was so high that, although the film itself was a success, the production company went bankrupt). The shooting lasted from the 22nd of May 1925 till the 30th of Octobr 1926. 620.000 meters of celluloid were used, 8 movie stars, 25.000 men, 11.000 women, 1.100 bald men, 250 children, 3.500 pair of specially designed shoes and 50 cars. Made in 1926 in a Germany that was not yet fully recovered from the war and where some dreamt of new world domination, even the screenplay wasn’t free from controversy (It is known that Thea von Harbou was a nazi symphatizer). Lang even refused to give her credits in the film. Metropolis is nevertheless, thanks to the special effects, the mock- ups and its history, a public favorite and a masterpiece of international cinema.