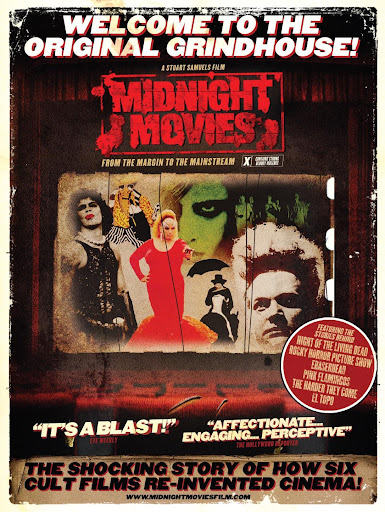 The 70ties were a turning point in modern American culture. It marked a revolt and a revision of the dominant cultural values of the post-war world, driven clearly by the emergence of a worldwide youth culture. This shift in aesthetics and content is best represented by a handful of feature films made during the 70ties that became known as “midnight movies” : El Topo (1970) by Alejandro Jodorowsky, Night of the Living Dead (1968) by George A. Romero, The Harder They Come (1972) by Perry Henzell, Pink Flamingos (1972) by John Waters, The Rocky Horror Picture Show (1975) by Jim Sharman and Eraserhead (1977) by David Lynch. These movies re-invented the film medium while pushing the boundaries of bad taste and social taboos. Attending midnight movies became a social identifier, mark of a person’s cinematic sensibilities and a rite of passage for a whole youth generation in crisis. As a result, much of today’s movie audiences have come to accept the abnormal as normal, the bizarre as better, the grotesque as good, sexual diversity as fashionable and the definition of sanity as relative. Directed and produced by Stuart Samuels, the documentary Midnight Movies : From the Margin to the Mainstream includes in-depth interviews with the directors, producers, writers and actors who were part of these low-budget, yet monumental productions, the exhibitors and distributors who played them and the audiences who viewed them.