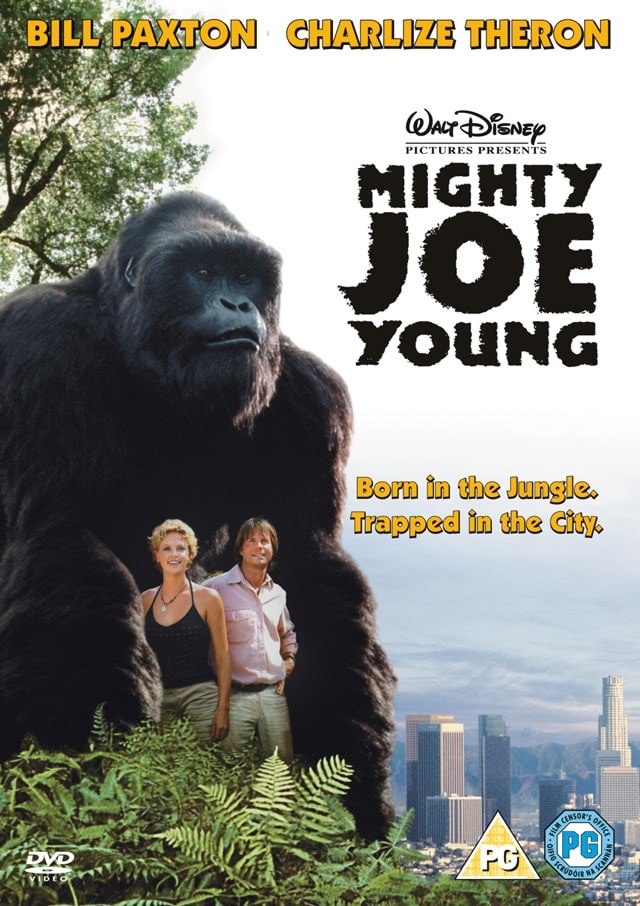 To most people, Joe is a myth and a legend; a huge gorilla, a sacred guardian and defender of the natives of a small African village. To his only friend Jill (Charlize Theron), he is a protector and companion. Together they are the only family either have had since their respective mothers were killed by poachers 20 years ago. Now, when zoologist Gregg O’Hara (Bill Paxton), who is exploring the remote Pangani Mountains in Central Africa, comes upon the awesome 15-foot gorilla, he and Jill rescue the strong yet innocent creature from human predators by moving him to the safety of a California animal conservancy. However, Joe is not safe for long. His notoriety makes him a target for an enemy from his past… a ruthless hunter who is eager to steal Joe for his unique value on the endangered species black market.
Universal’s remake of King Kong seems back in limbo, but big ape fans can take comfort in Walt Disney’s Mighty Joe Young. Ron Underwood (Tremors) directs from a script by Larry Konner and Mark Rosenthal. SFX-legend Rick Baker (American Werewolf in London, Men in Black) created the mighty ape.