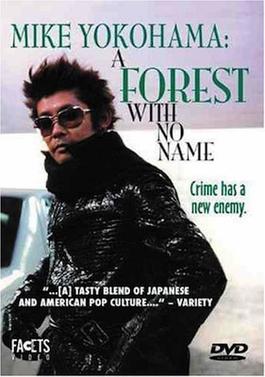 MIKE YOKOHAMA – A FOREST WITH NO NAME

Tough private detective Mike Yokohama is hired by the father of a young woman who has left town for a retreat house, where she wants “to find herself”. His assignment is to get her out in time for her wedding into a rich and respectable family. Mike joins the retreat. Contact with the outside world is forbidden, even though he is free to leave for good at any time. The enigmatic doctor who runs the retreat house, takes Mike to a place in the forest where there is a tree that looks just like him. Seeing it, she says, will put Mike in touch with his true desires. After accomplishing his mission, Mike finds he cannot shake the urge to return to the retreat house.

Mike Yokohama – A Forest with No Name, is the first episode in a series of movies that present a melancholy new spin on the detective genre, with each episode directed by a different filmmaker and Mike Yokohama being played by Masatoshi Nagase (Cold Fever, Electric Dragon 80.000 V). In this first episode, director Shinji Aoyama (Eureka) uses the detective story to reflect the spirit of a society under stress, where one is encouraged to think as an individual while at the same time following the rules of the group.