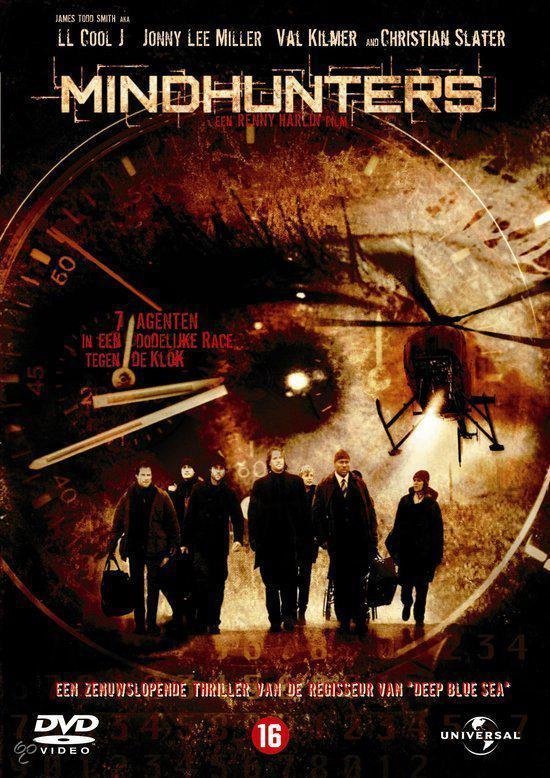 Before graduation, FBI trainees, trained in the art of profiling serial killers, go on one last “simulation” on a small island in the middle of nowhere. When they discover there is a serial killer among them, bodies start falling. Can a group of young, smart, and resourceful would-be FBI agents mutter up enough skills to stop a serial killer who schedules their deaths and takes their lives exactly at the promised second?
Mindhunters by action-maestro Renny Harlin (Die Hard 2, Cliffhanger, The Long Kiss Goodnight) is a fast paced suspense thriller that hits all the right paranoia buttons. Besides the gruesome killings, the characters are constantly at each other’s throats, attempting to profile one another at the wrong ends of gun barrels and really nervous trigger fingers. The clever screenplay by Wayne Kramer (The Cooler) keeps the killer’s identity secret until almost the very end. With Val Kilmer (Thunderheart, Heat, The Salton Sea), Patricia Velasquez (The Mummy, Zapata), Christian Slater (True Romance, Broken Arrow, Very Bad Things) and Kathryn Morris (Minority Report, Paycheck).