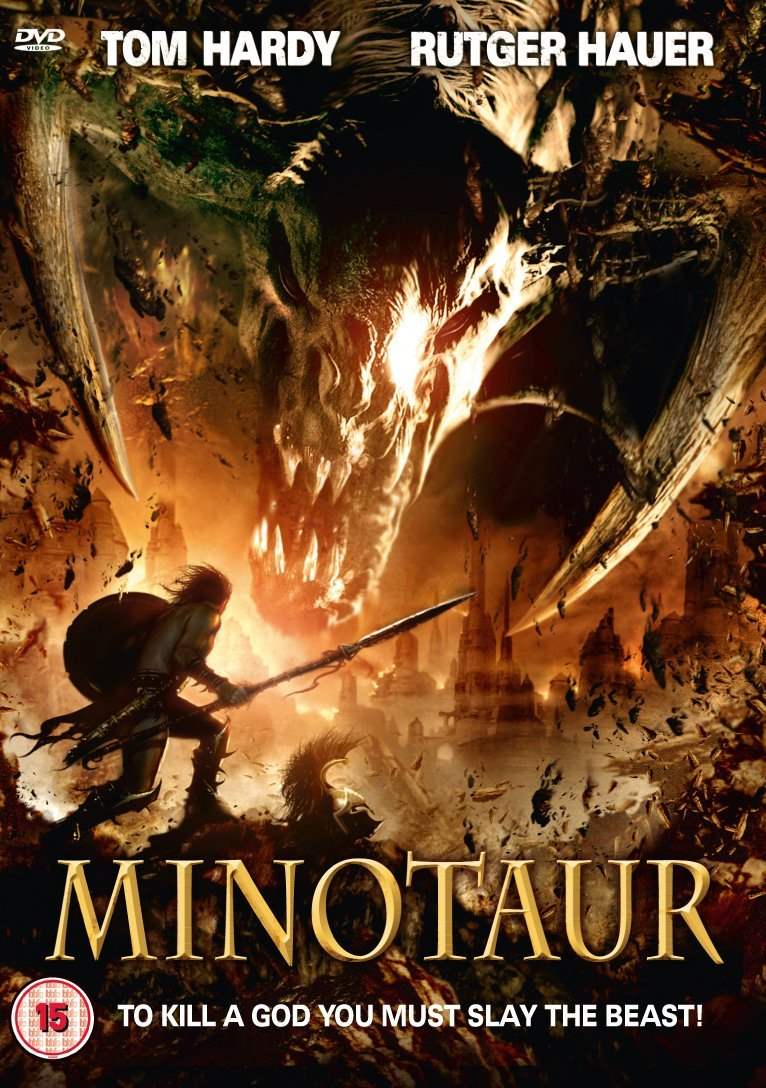 The Bronze Age. A village suffers under a terrible curse. Every fifth year, they must give up nine youths to horned soldiers who take them across the sea to a dark and terrible isle. There they are sacrificed to a god that hungers upon the flesh of children. Theo has never been taken, for he’s protected by his father, leader of the village. Now a man, he still suffers from the loss of his love, taken in the last sacrifice. Aided by his best friend, Danu, they let themselves be taken by the soldiers in order to travel to the island and kill the horned god. When they arrive, Theo and the other youths are exposed to a world of hedonism an ritual beyond their minds. They are thrown into the vast catacombs below a sprawling palace. One by one, Theo’s friends are slaughtered, their cries ripped from their throats, flesh torn from bone. Theo desperately tries to fight, to comprehend, until the bewildering reality of the Minotaur is finally revealed. The popular Greek myth of Theseus and the Minotaur could be called one of the first horror stories. Now, with the aid of modern sfx and an ensemble cast, including rugged veterans such as Scream Queen Ingrid Pitt, Rutger Hauer (Blade Runner) and Tony Todd (Candyman, Shadow : Dead Riot) and promising youngsters, led by Tom Hardy (Star Trek : Nemesis, LD50), director Jonathan English (Nailing Vienna) has crafted an exciting blend between the mythical epic and the teen horror slasher.