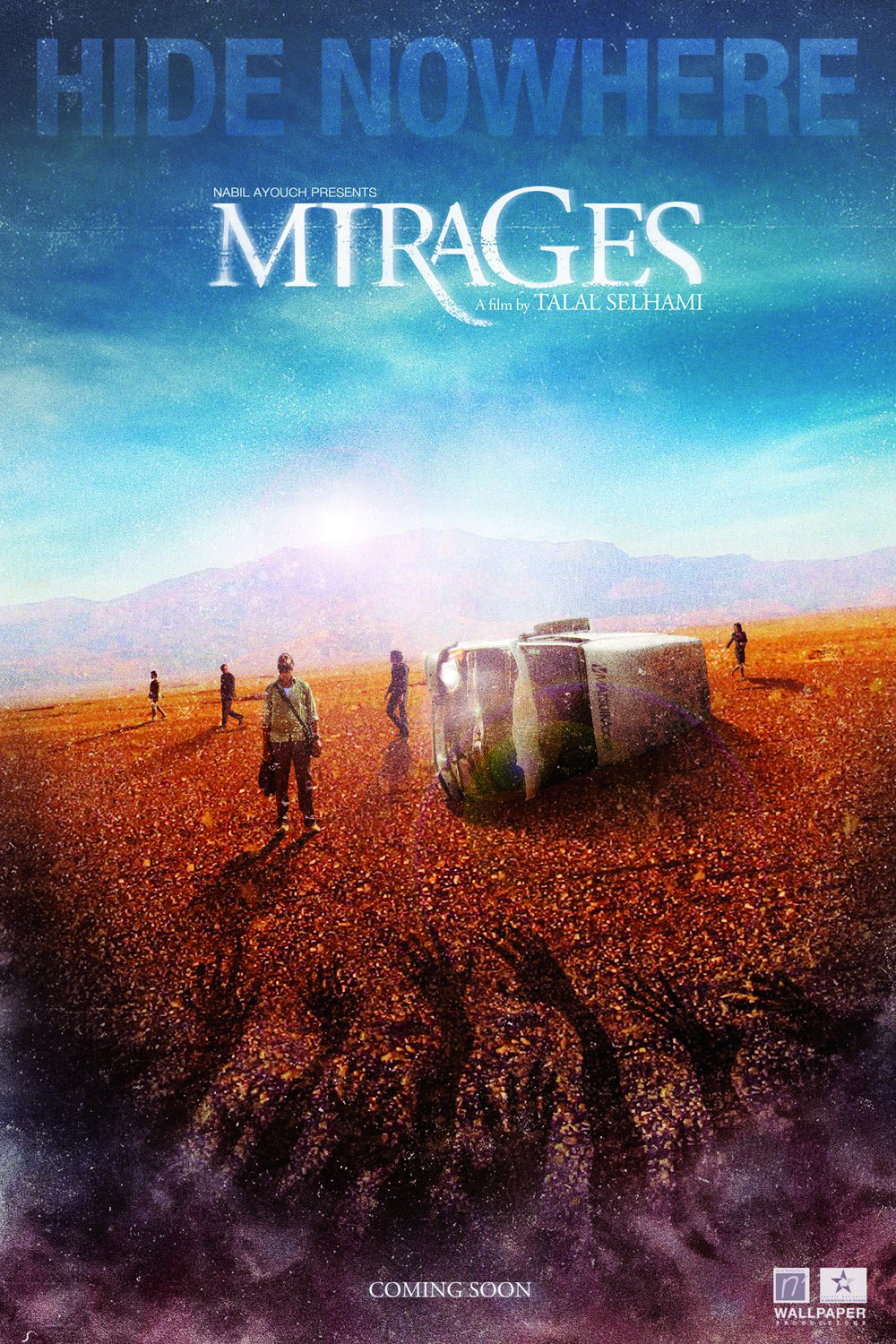 Five individuals with contrasting profiles compete for a position within “Matsuika”, a multinational corporation recently set up in Morocco. Following an interview with the CEO, they are advised to undertake a mysterious test in a secret location to determine who will hold the position. All five applicants accept and are led into a distressing bus with no windows. After endless driving, an accident occurs, leaving the candidates trapped in the wreck. Through a joint effort, they manage to evacuate the bus only to find themselves lost in the desert with their driver nowhere to be found. They start to wander, questioning the nature of the accident. Is it part of the test ? Despite their will to survive and an urge to find clues, mirages of their most intimate fears start to haunt them… A diehard fan of the genre, Talal Selhami was rocked as a kid by the Tales from the Crypt. With that kind of background, it was obvious that he would end up doing a supernatural thriller such as Mirages. After the success of his short film Sinistra, Selhami was approached by director and producer Nabil Ayouch about directing this first long feature. Won over by the script, he has jumped at the opportunity and brought five talented performers into the middle of Ouarzazate’s desert for a hell of a ride !