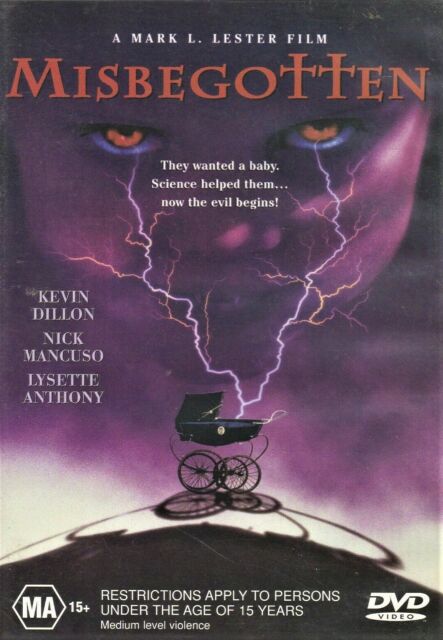 Billy Crapshoot is a ruthless carjacker who masquerades as a cabby by day. This dangerous sociopathic killer never lets a victim live to tell the tale. He’s just chosen his next vehicle, a Mercedes owned by a has-been songwriter named Conan. Forcing his latest hapless victim into the car by gunpoint, Billy plays a sadistic games of cat and mouse with the frightened Conan before killing him and throwing his body down a deserted ravine. When he visits the dead man’s home, he finds an application for sperm donation. Billy has never been able to perform sexually with women. He decides to assume Conan’s identity as a donor, figuring it is his only chance to become a father.
After trying desperately to conceive a child, Caitlin Bourke convinces her reluctant husband Paul to let her become artificially inseminated with another man’s sperm. At a prestigious fertility clinic, they finally decide on the donated sperm of a renowned music composer named Conan.
Mark L. Lester has worked as writer, producer and director on many high-action films, such as Commando, Public Enemy #1, Firestarter, Night of the Running Man and Class of 1984. With Misbegotten the prolific filmmaker delivers us a new suspenseful action-adventure. The striking young actor Kevin Dillon, known from his performances in the cult hit War Party and Oliver Stone’s Platoon, stars as the demonic Billy Crapshoot. Internationally recognized award-winning actor Nick Mancuso stars as Paul Burke. British beauty Lysette Anthony is his lovely wife Caitlin.