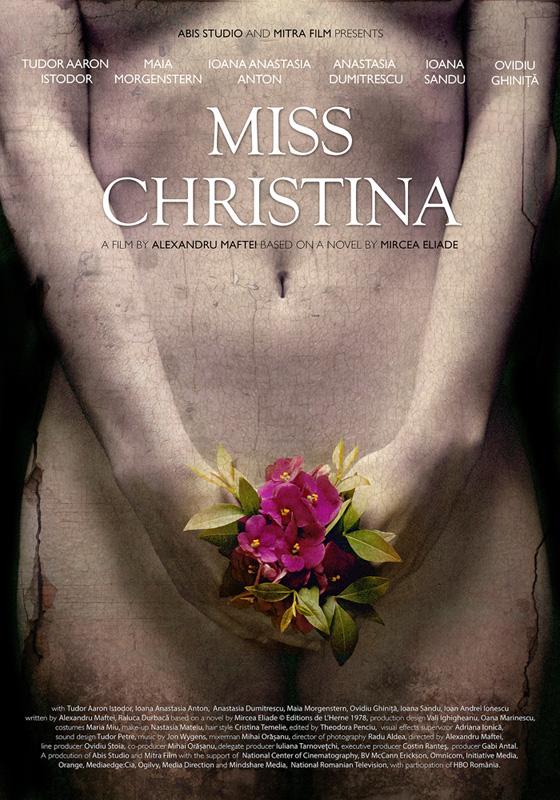 Romania, 1935. Young painter Egor accompanies his girlfriend Sanda to her family castle deep in the woods. There he meets Madam Moscu, her mother, Simina, her little sister and professor Nazarie, an archeologist who’s doing some research in the area. Moscu, Simina and Sanda worship Miss Christina, Moscu’s older sister, who died in strange circumstances during the 1907 rebellion. Egor is shown a painting of her that attracts him in a strange way. Shortly after that, Miss Christina starts to appear in his dreams. He even begins to see her during the day. As Miss Christina falls in love with Egor, Sanda becomes sick. Her illness seems to be connected with Christina’s appearance. Nazarie has his own theory about her. He believes she’s a kind of spirit who haunts the place. In order to save Sanda’s life, Egor has to confront Miss Christina and his own confused feelings. Miss Christina is one of the most expensive Romanian films ever and that can be seen on the screen, with its luscious landscapes, sumptuous sets and ingenious dream sequences. It’s just a mystery why we had to wait this long for a vampire movie from Dracula’s country of birth! This atmospheric adaptation by Alexandru Maftei ( Hello! How Are you? ) of Mircea Eliade’s popular 80 year old fantasy novel, represents a return to the roots of the vampire myth and has ( luckily ) absolutely nothing to do with Twilight’s trendy teen vampires.