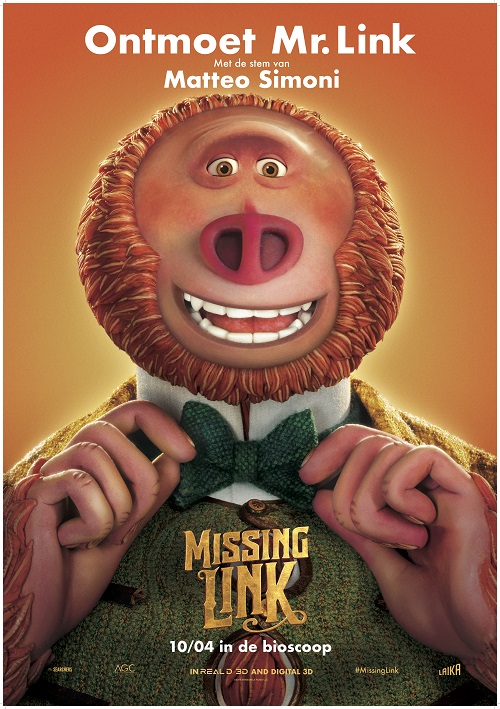 The charismatic adventurer Sir Lionel Frost is flabbergasted when deep in the forests of the American Northwest, he stumbles upon the missing link between the animal kingdom and humankind. The aptly named Mr. Link turns out to be anything but a monster. He is surprisingly clever and charming, though admittedly also a tad lonely. How would you feel if you lived all by yourself and didn’t know where you came from? The gentlemen then enlist the help of the tempestuous explorer Adelina Fortnight and go out in search of Mr. Link’s long-lost family. They have most recently been spotted in the fabled land of Shangri-La and answer to an exquisite name: Yeti! British animator Chris Butler learned the tricks of the trade by collaborating on such fine productions as KUBO AND THE TWO STRINGS, CORALINE, THE TALE OF DESPEREAUX, and CORPSE BRIDE. After PARANORMAN, MISSING LINK is his second feature film as a director. We’re showing this child-friendly stop-motion animation from the Laika Studios in two versions: one spoken in Dutch and one in French.