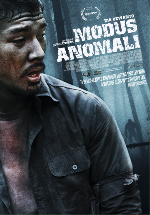 A man is on a holiday in the woods with his wife and two kids when they are surprised by the arrival of an uninvited guest. Before he knows what’s going on, he experiences a time lapse and finds himself separated from his family. The man wakes up in the forest, half buried in an improvised grave. He doesn’t remember anything, until he finds a mysterious recording in an abandoned shack. This is the beginning of a dark, frightening game between him and the weird guest. His family is being tortured and he quickly has to win this game if he wants to have a chance to save them! Soon, blood is flowing and dead bodies are showing up. He finds out that there’s another family in the forest who might be related to what’s going on. Indonesian director Joko Anwar came to the BIFFF in 2008 with the fantastic and intriguing mystery Kala. He’s back with a new gem, a “slow burner” as they say, which crawls into you like a virus and will makes your hair stand on end. You’ll never want to walk alone in the forest again.