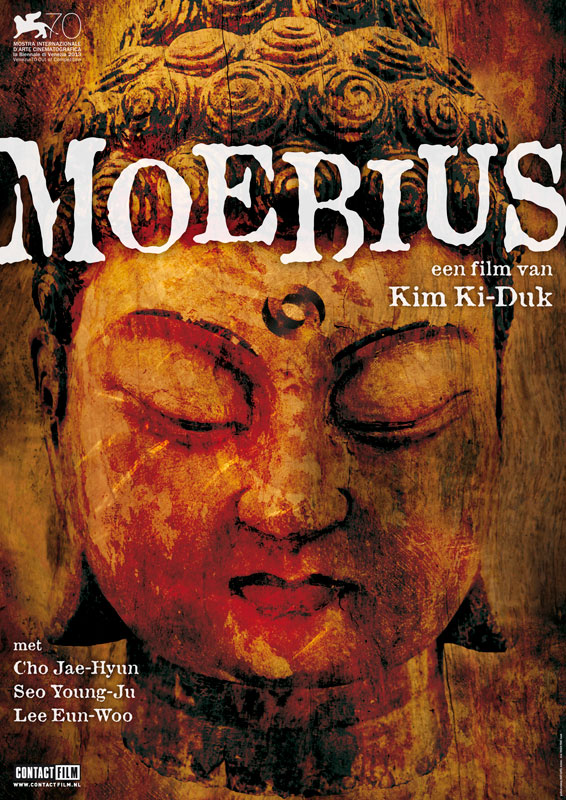 A woman catches her husband cheating on her. She furiously grabs a knife, get into the bed and tries to castrate him. The man wakes up just in time and manages to hold her off. With undiminished rage, she goes into the room of their teenage son and cuts off his penis. She then leaves the house, without a trace of guilt or sorrow on her face. And this is just the beginning of the latest masterpiece by Korean iconoclast Ki-duk Kim. We don’t want to reveal more, just that the worst hasn’t even started yet. This is clearly not the Ki-duk Kim of Spring, Summer, Fall, Winter… and Spring and Breath. Moebius falls into the category of The Isle ( Golden Raven 1999 ) and Pieta ( BIFFF 2013 ), but even more cruel and extreme. This film hits you like a hammer to the head and plays like a mix between A Serbian Film and a Greek tragedy. Never before has the theme of sexual violence been depicted in such a raw and visceral way. That not a word is spoken during the entire film further strengthens the impact of what the protagonists inflict upon each other. Moebius is definitely not a film for sensitive souls, but those who dare will experience one of the most memorable viewing experiences of the year.