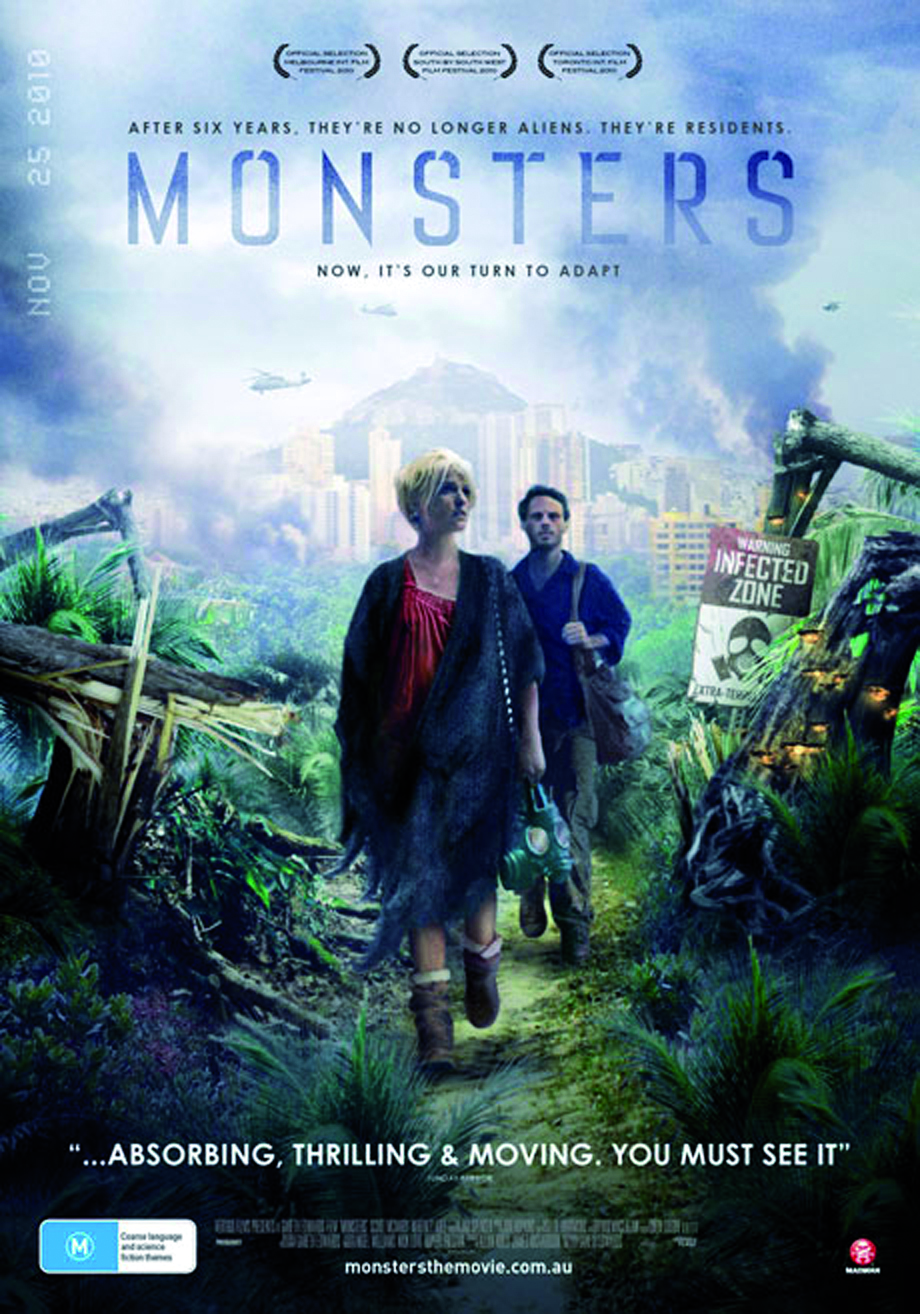 The near future after an alien invasion. Six years ago the Earth received some unexpected visitors. The aliens were finally pushed back and contained. The infected zone, closed off by enormous fences, now covers the entire border region between the US and Mexico. Photographer Andrew is ordered by the big boss to get his daughter Samantha out of Mexico, which is still ravaged by the invasion. When they miss the last boat to the States, Andrew and Samantha have to fork out their remaining dollars and buy passage through the zone along with a few hired guides. The two grow closer and closer on their dangerous journey through this strange and mysterious area. Director-scriptwriter Gareth Edwards wanted to start his long feature debut where most alien invasion movies end. The look of Monsters is incredibly detailed. It looks like a big budget spectacle, but is actually a small independent production, where all visual effects were created on Edwards’ laptop. Just like in any other good genre pic, it’s not about monsters but about the relation between the two leads, played by talented newcomers Scott McNairy and Whitney Able, and the unique, unusual situation in which they find themselves. Monsters is proof again that you don’t need heaps of money to create a completely original viewing experience that thwarts all genre conventions.