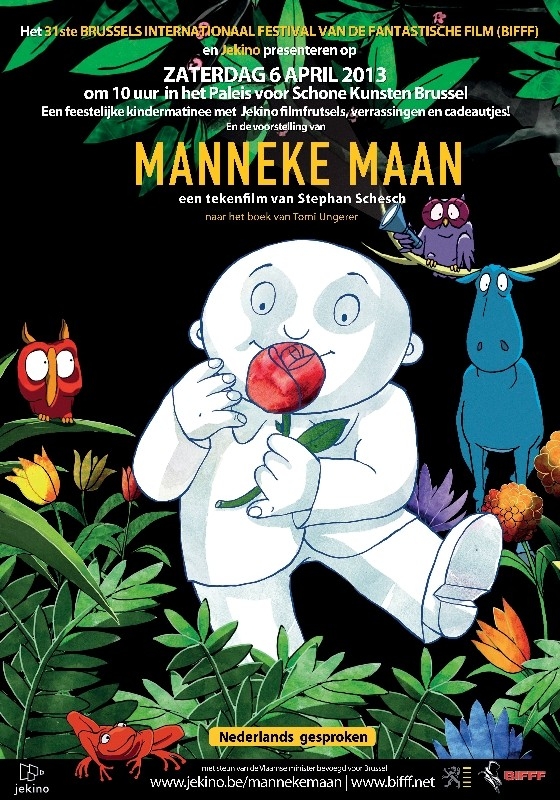 At night, the Man in the Moon longingly looks to the world. He so much would like to visit it. One day, he grabs the tail of a comet and lands on Earth, in a forest of a thousand colors. He can’t believe his eyes; such a wondrously beautiful planet ! On Earth, there lives a president who has conquered everything there is to conquer. He only has one challenge left : the Moon ! The president finds out about the visitor from outer space and the Man in the Moon has to flee. Meanwhile children all over the world are getting worried. There’s nobody anymore to watch over them at night. Where is the Man in the Moon ? Images so stunning you want to frame them. Louis Armstrong’s voice full of jazzy nostalgia. The Man in the Moon is a true gem of animation. Director Stephan Schesch already produced the animated features The Cave of the Yellow Dog ( 2005 ) and The Three Robbers ( 2007 ). His animated feature film debut is a sincerely beautiful tale full of wisdom and poetry, based on the book by famous novelist and illustrator Tomi Ungerer ( The Three Robbers ).