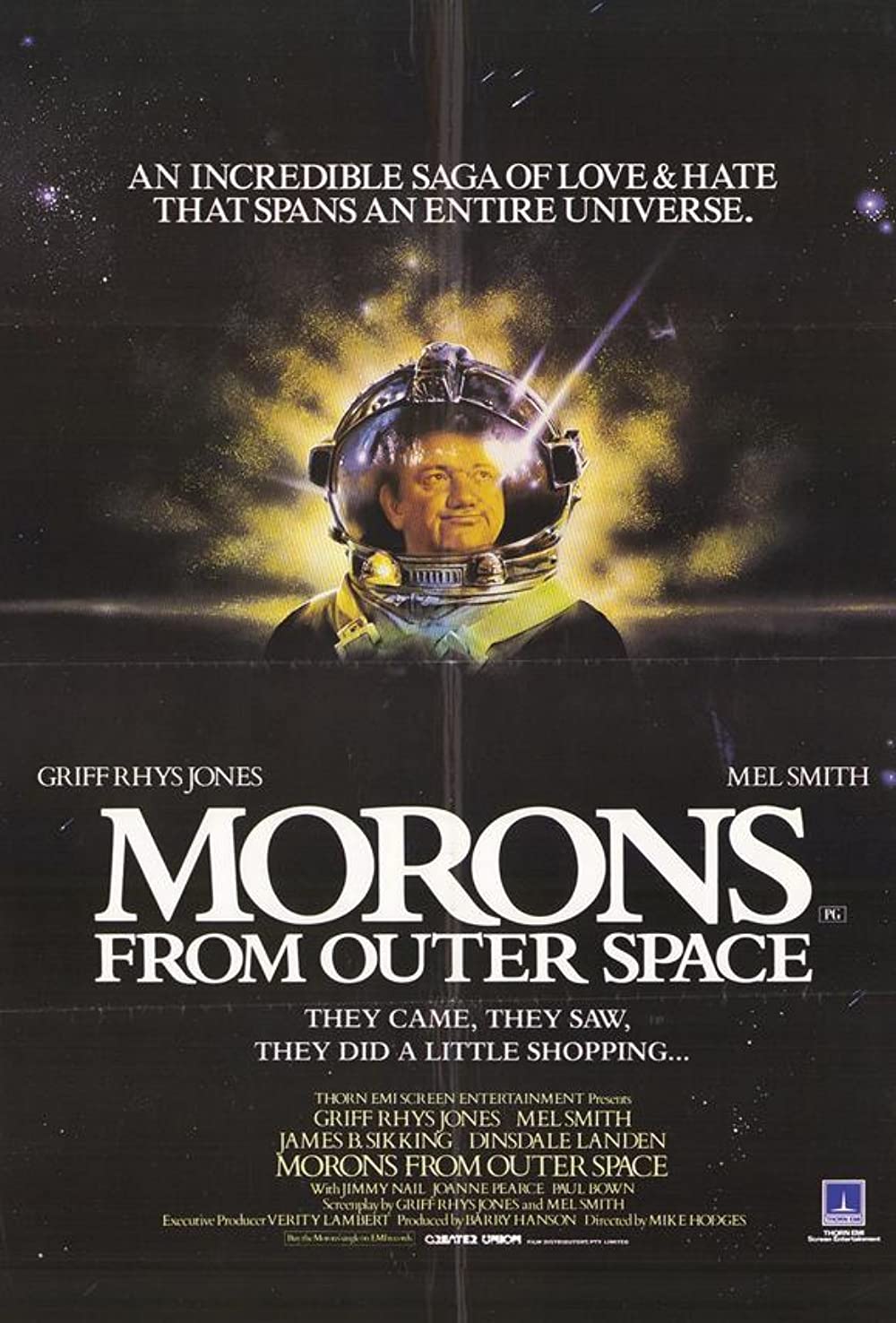 On the well-known planet Blob everything is about entertainment and pastime. Four-armed Blob habitants decide to spend their holiday in open space. They hook their caravan onto a wobbly space mobile (that barely got through interstellar inspection) and bravely make their way down the space path. But only moments after they’ve lifted anchor they become the victims of car trouble, whilst Touring Galaxy Aid is nowhere to be seen in light years. They decide that their safest bet is to make an emergency landing on Earth. They end up alongside a highway, where they cause quite a stir. Morons from Outer Space is the first comedy by Mike Hodges, who is not a stranger for science-fiction lovers. He is also the spiritual father of ‘The Terminal’ and the last Flash Gordon-film. Morons from Outer Space is an anarchistic and uncontrollable picture, that in no way shows any similarities to his previous films, let alone any other film!