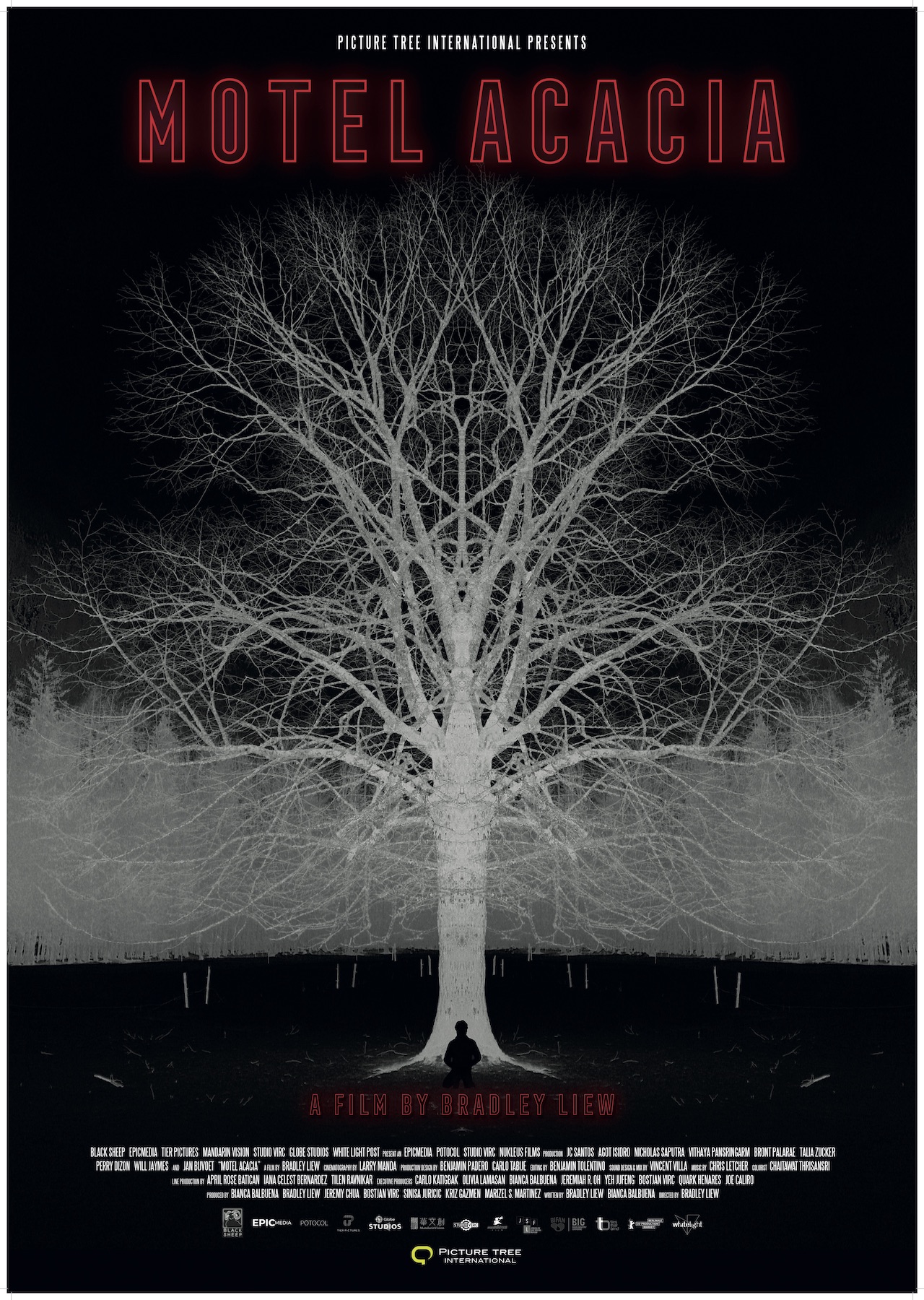 A snowed-in country road, not far from the Canadian border. A billboard alongside the road reads: “Make our country great again!”. JC, a young Filipino, takes in the landscape, while his European father drives him to the family motel. The building is as charming as a Nazi bunker and clients are rare. However, the business thrives thanks to subsidies from the city in exchange for getting rid of a certain undesirable ethnic group… In a political context in which migrants are considered not only as second-rate civilians but as a social disease, the logical conclusion of this ideology is an Endlösing: first quarantine, then total extermination. As if Norman Bates suddenly got government funds to open up his motel exclusively to illegal aliens with a clear objective: never let them leave the shower again… A hard-hitting political allegory aimed at Trump, Bolsonaro and similar hate-mongers, but things aren’t as straight-forward as they seem. Director Bradley Liew never loses sight of the foundations of the horror film and serves his stew with a vicious aftertaste. You should know that ALIEN and THE THING were major influences during filming. Just sayin’.