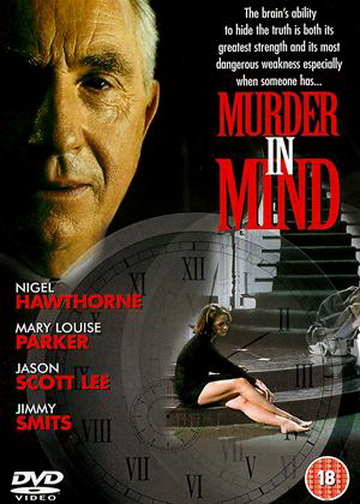 Peter Walker and his handy man, Charlie, are found murdered in Peter’s home. Peter’s wife, Caroline, is found huddled upstairs, holding a knife, covered in blood. Caroline is taken to the police station to be questioned and has no recollection of the events that led up to their murders. Detective Holloway suggests that Caroline sees Dr. Ellis, a renowned hypnotherapist, in the hope that he may help her remember the events of that evening. During her session, she regresses to the past and relives the day that she and Peter got engaged as well as several points during their marriage. As she begins to regress, it becomes apparent that what her conscious mind remembers is vastly different from what her sub-conscious relives. As we get closer to the events that lead up to the murder, Caroline “remembers” that Peter had plotted to kill her and she killed him in self defense. But, what Caroline soon discovers is that Dr. Ellis is not the benevolent doctor she thought he was and the memories she recalled in her session may not be real – or are they?
Murder in Mind debuted as a stage play in England in 1995. Author Michael Cooney adapted it for the screen for producers Jeremy Paige and Vicky Slotnick. The film is directed by Andrew Morahan (Highlander III). Nigel Hawthorne (The Madness of King George) plays Dr. Ellis, an expert in hypnotherapy who believes memory regression will reveal that his patient Caroline – played by Mary-Louise Parker (Boys On the Side, Bullets Over Broadway, Naked in New York) – was not responsible for the murder of her husband. Jason Scott Lee (Rapa Nui, The Jungle Book) plays a cynical detective who is convinced that Ellis’ therapy means “guilty as charged.”