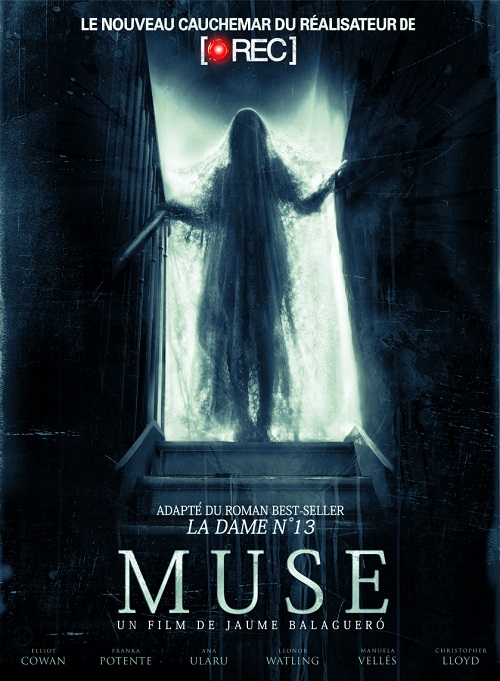 How’s your knowledge of Greek mythology ? The Muses are those goddesses that all creative minds worship because an artist without inspiration is like a headless chicken. But what if these divine creatures were maleficent ? Writer and literature professor Samuel Salomon has barely come to terms with the suicide of his sexy young girlfriend, when he is plagued by a series of nightmares, in which a woman is ritually sacrificed. Upon learning that his dreams have become reality, he visits the scene of the crime, where he meets another woman who’s had the very same nightmares. Together they find evidence of a secret society investigating divine inspiration. Their members are few, because most of them died under suspicious circumstances. Verses by famous poets were found on their bodies, burned into their flesh by a tattoo artist who didn’t particularly care for fine craftsmanship ! The literary horror thriller Muse is signed by Jaume Balagueró, Catalan genre maestro and a regular visitor to the BIFFF. Just think of the [REC]-tetralogy, Sleep Tight, and Darkness. For this Belgian co-production, he relies on a sublime cast, with among others Franka Potente (Anatomy 1 & 2, Jason Bourne 1 & 2), Leonor Watling (The Oxford Murders, Hable con ella), and the indestructible Christopher Lloyd (The Addams Family, Back to the Future-trilogy).