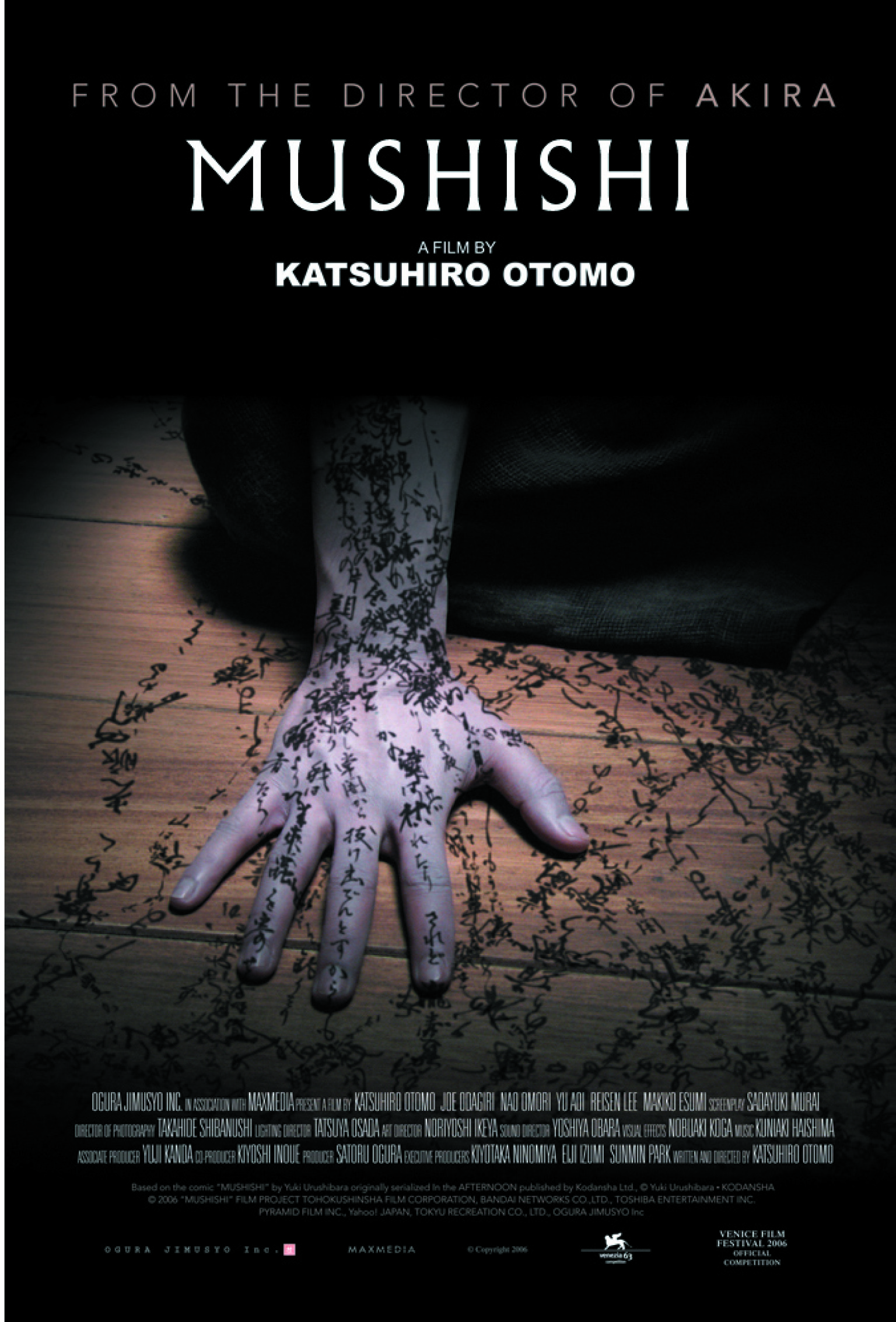 Populating the world on the eve of the twentieth century, menaced by a scienceobsessed era and trying to ensure their survival, the Mushi cast their malevolent spell on humans and nature alike. Supernaturally connected to the basic essence of life and death, they are capable of inhabiting the body and soul’s deepest recesses and can only be detected by a Mushi master. The precociously white-haired Ginko has lost his youth and one eye studying the Mushi. Like a travelling doctor, he visits far away places to undo their deeds and to cure their victims. Meanwhile, in a secluded mansion, beautiful Tanyu records the history of the creatures. But one day, the ink she uses to write her tales permeates her blood vessels and all the characters disappear from her precious scrolls. She has been infected by the Mushi and the time has come for Ginko to save her life and to restore the lost archives of a fading world. Mushishi is the latest cinematic wonder from Katsuhiro Otomo. This is the second venture into live-action filmmaking and is based on the acclaimed manga by Yuki Urushibara. The film is shot in beautiful remote locations and transports the audience to a world sealed within isolated valleys and crowned by inaccessible mountains, a space that is both physically and psychologically enchanted. The Mushi, the creatures at the centre of the story, are rendered onscreen with so disturbing a presence that they seem to penetrate each of the viewer’s five senses with their disquieting aura. An ode to the wonders and magic of nature, Mushishi resonates with eerie mystery. It is an ancient myth for modern eyes.