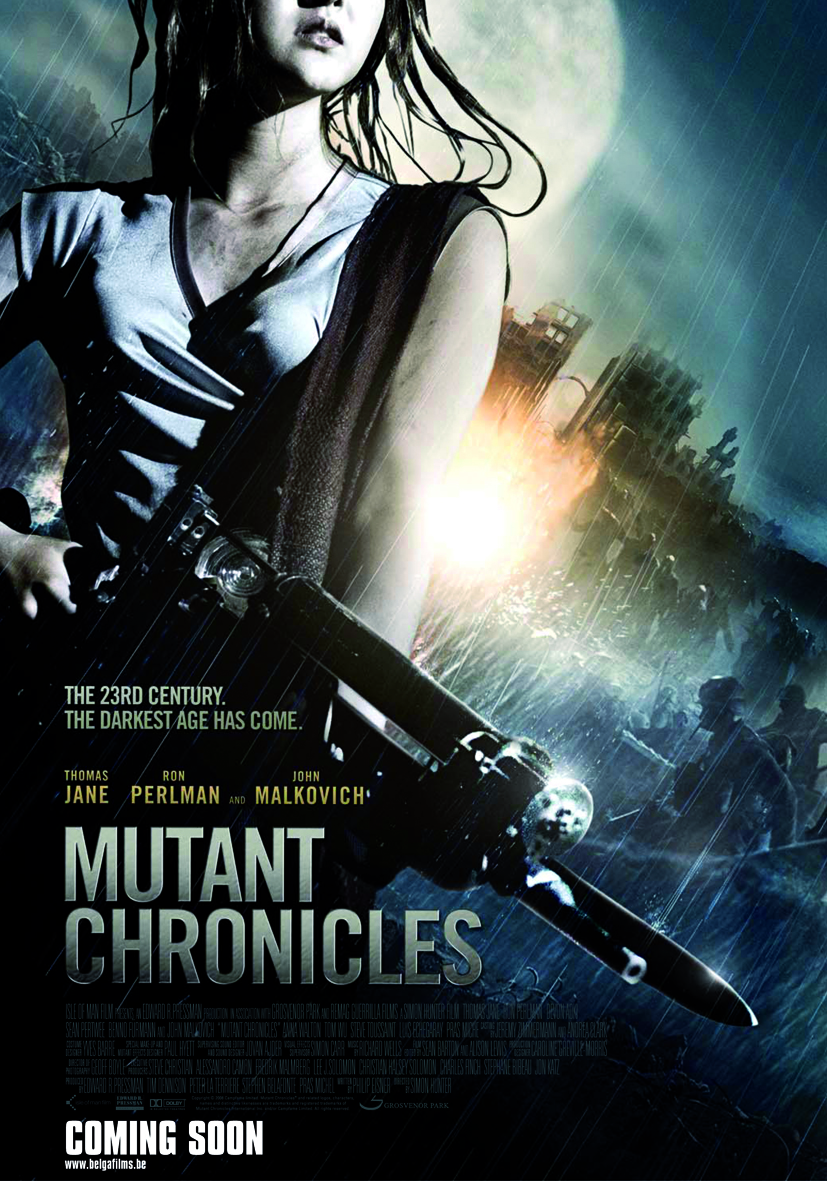 It’s the year 2707 and yes, people are still fighting each other. When an errant shell destroys an ancient stone seal, they find themselves facing a new enemy : a machine that transforms humans into hideous necromutants with bone blades growing from their arms. They evidently want to snuff out as many non-mutants as they possibly can and what’s more ; they want to rule the world. Fortunately there is Brother Samuel, leader of the Brotherhood, an ancient monastic order. He is the keeper of the Chronicles and predestined to deliver the world from the source of the mutant scourge. He Rages Against The Machine. The Mutant Chronicles, inspired by a primitive pen-and-paper role-playing game first published in 1993, delivers plenty of bang for your Euro. Set in an apocalyptic world that has more in common with Word War One trench warfare than with Star Trek, Ron “Hellboy” Pearlman and Thomas “The Punishes Jane” exchange rapid one-liners and blazing gunfire with one another. Even John Malcovich makes a short but enigmatic contribution to the mutant mayhem. Moving, furious, savage, bloody and spectacular, The Mutant Chronicles is a welcome return for Simon Hunter, director of Lighthouse ( BIFFF 1999 ). Gore aficionados will certainly not be disappointed by the high amount of sensory input.