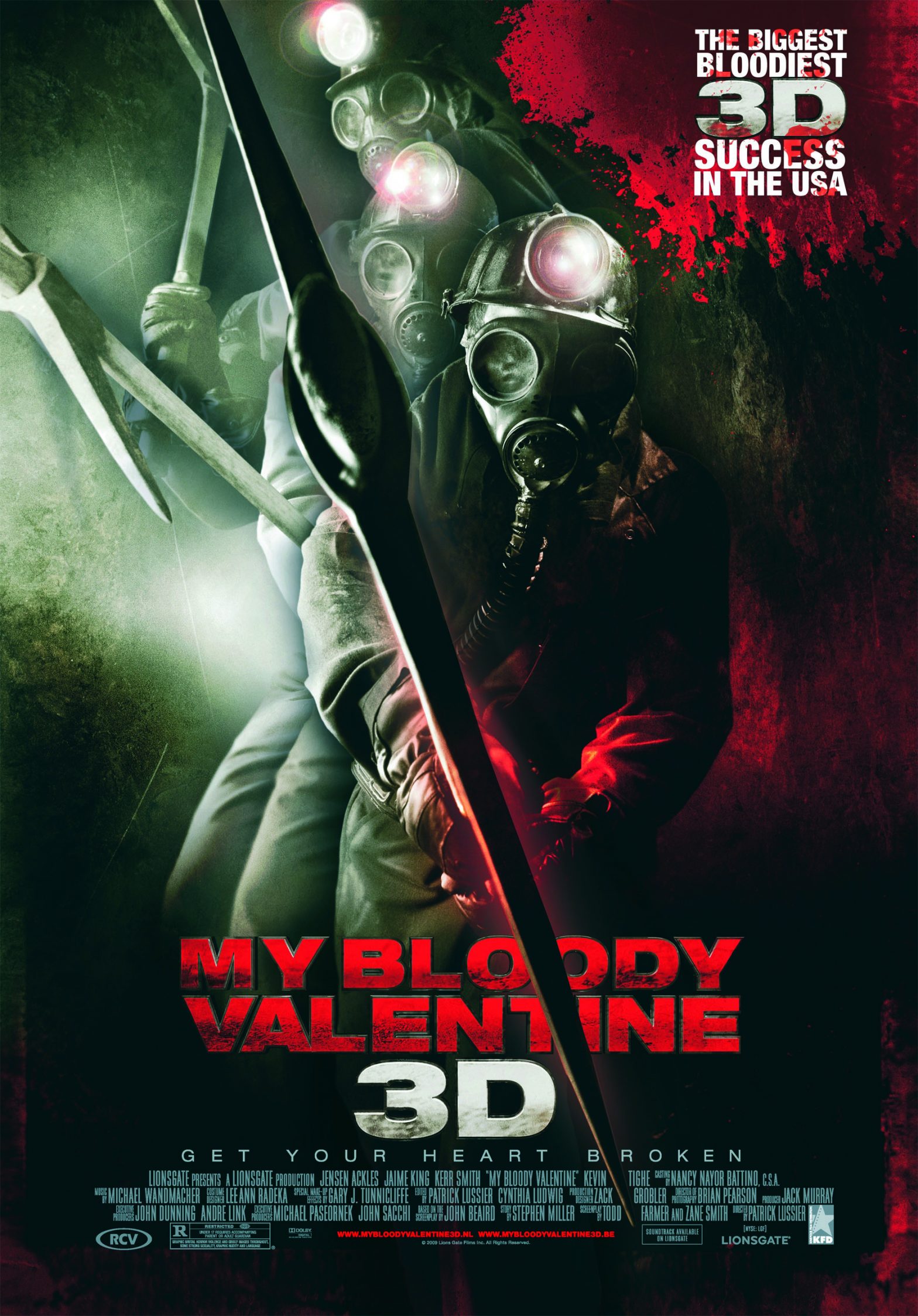 Ten years ago, the town of Harmony was struck by tragedy. Tom Hanniger, an inexperienced miner, caused an accident in the tunnels which led to the dead of five people and left the only survivor, Harry Warden, in a coma. Exactly one year later, on Valentines Day, Harry awoke and slaughtered twenty-two people with a pickaxe before he could be killed. After an absence of ten years, Tom Hanniger returns to Harmony… on Valentines Day. Still haunted by the suffering he caused, he tries to make amends with his ex-girlfriend Sarah, who’s now married to his best friend Axel, the town’s sheriff. But tonight, Harmony’s gruesome past comes alive again. An unstoppable masked murderer with a pickaxe terrorizes the streets. Has Harry Warden risen from the grave to finish what he started ten years ago ? My Bloody Valentine, George Mihalka’s Canadian slasher from 1981, proved that horror and romance could make perfect bedfellows. 28 years later, we can shiver away to a magnificently bloodcurdling remake. Director Patrick Lussier ( Dracula 2000, White Noise 2 ) learned to scare us as Wes Craven’s trusted editor. With My Bloody Valentine, he serves up a highly enjoyable and credible piece of gore-popcorn. Be prepared for big doses of haemoglobin and claustrophobia, interspersed by adrenaline charged chases. Watch out for that pickaxe !