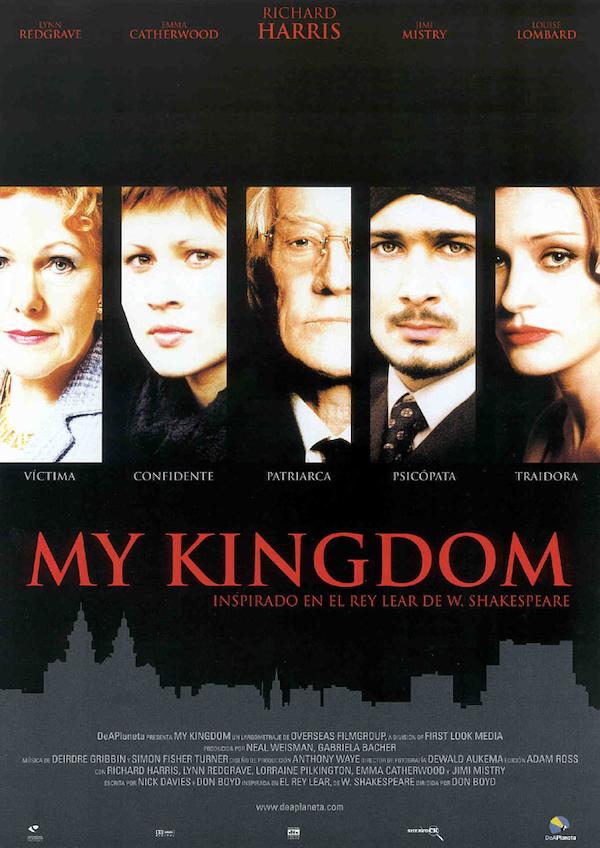 When the matriarch of Liverpool’s biggest crime family is gunned down in the streets, gangster boss Sandeman and his three daughters are thrown into a nasty game of greed and betrayal. Struck by grief and determined to learn the truth about his wife’s shocking death, Sandeman decides to turn his illegal empire over to his three daughters. However, Jo, the youngest and Sandeman’s favourite, has already turned her back on the family. In a fit of rage, Sandeman disowns her and divides the business between his other two daughters. With their newfound power, the eldest daughter Kath and her young sister Tracy engage in a vicious power struggle at the expense of everyone and everything around them. A powerless Sandeman watches his world implode. With only his young grandson by his side, Sandeman sets out to even the score, whatever the cost. In My Kingdom, director Don Boyd (Kleptomania, Twenty-One) uses Shakespeare’s King Lear as the framework for his compelling tale about the downfall of a powerful gangster. It deals with our obsession about the criminal underworld. We know it deals in misery, sexual degradation, drug-addiction and violent death, but that doesn’t stop us wan ting to know every gory detail about the lifestyle of the rich and infamous. With a stellar cast led by Richard Harris (A Man Called Horse, Unforgiven, Gladiator) as Sandeman and Lynn Redgrave (Gods and Monsters, Shine), Louise Lombard (The Mummy, The Claim), Aidan Gillen (TV’s Queer as Folk) and Paul McGann (Withnail and I, Alien 3).