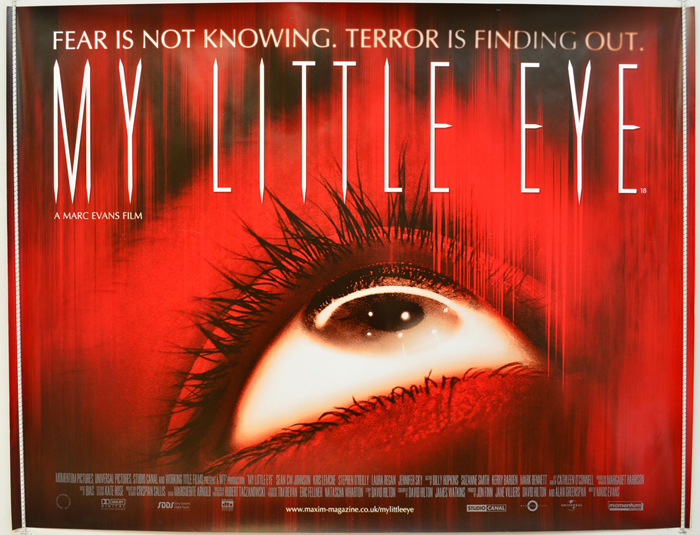 Five strangers are brought together to live in an isolated, snowbound house filled with surveillance cameras that film and broadcast every detail of their lives on the Internet. If all five stay in the house for six months, each will be rewarded with one million dollars. However, should anyone leave the premises, the prize is forfeited by all. Tension is now peaking in the last week of the adventure and all five contestants are resolved to make it till the end, until upsetting news from the outside world and unexplained events inside, shatter their willpower. The death of a relative, a pillow soaked in blood and the arrival of an outsider in the middle of the night suddenly raise the stakes of the game.

While successfully avoiding the clichés of the digital age, young British director Marc Evans (Resurrection Man, Beautiful Mistake) has crafted a superb psychological thriller that stabs deep in the current reality TV craze and transposes the visual formats of Big Brother and Survivor to the horror genre. The group of intense young actors quickly transform themselves into unsympathetic characters fraught with fear, greed and exhibitionism. Peering into the unblinking terror of this post-Peeping Tom psycho-thriller will indulge and startle everyone’s inner voyeur.