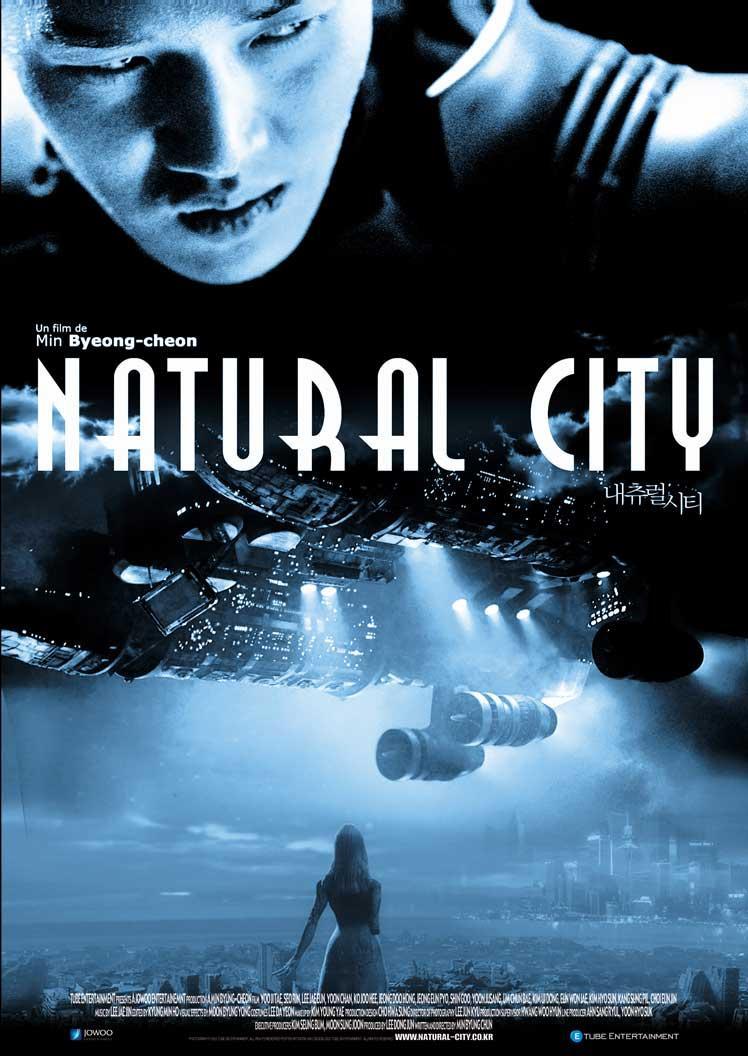 The year 2080. Urban states have taken the place of nations. The world is connected online into a highly advanced information society, called Mecaline City. Cutting-edge genetic engineering has made it possible for scientists to clone human DNA and create robots with highly-advanced artificial intelligence. After a while, the programming of these widely used robots breaks down and they start to run riot. To get rid of these deviant cyborgs, Mecaline City disposes of a task force called MP. R, a member of this special squad, loves Ria, a maid robot. In an attempt to extend her soon-to-end life span, R finds his way to Dr. Croy, an unlicensed robot manufacturer. Croy suggests to implant Ria’s memory chip into a human body.

Natural City is a Korean sci-fi action extravaganza in the tradition of Blade Runner and Ghost in the Shell by director Byung-cheon Min (Phantom, the Submarine). Based on hard science speculation about how the future might look, Min has built an enormous set envisioning a city in the year 2080. Add to this the eye-catching visual work, the dreamy musical score and the performance of lead actor Ji-tae Yoo (Into the Mirror, Old Boy), and you’ll be swept away by this spectacular and melodramatic love story.