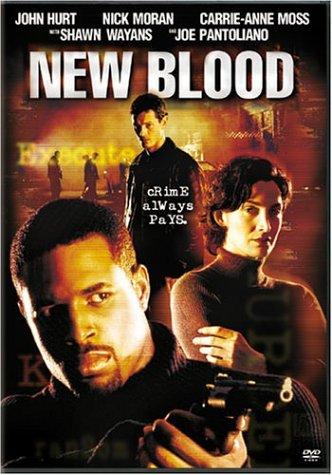 Alan White’s life is a mess. His beloved daughter, 12-year old Emma, suffers from a severe cardiac disorder that will eventually end her life. She is in dire need of a new heart. The opportunity arises unexpectedly when, after seven years of absence, his half-brother Danny pops up. He is seriously wounded after a gangster deal gone wrong. Alan realises that he can use this to save his daughter. Danny accepts to give his heart to Emma, but not unconditionally. His gang has made an unsuccessful kidnapping in which the victim, a rich businessman, has died. Now he must find someone to play the victim for his employers, who have now idea what the businessman looks like. Alan agrees to fool the gangsters. What he doesn’t know is that they plan to kill him as soon as the ransom is handed over. And so the most horror-stricken night in Alan’s life begins. Young director Michael Hurst has already made some 50 short films and an ultra-low budget horror film, Project Assassin. New Blood, his original feature film debut is not only about a father’s dangerous quest for a new heart for his daughter. It’s also a welcome injection of “new blood” in the thriller genre. With his skilful editing, punctuated by nervous images, Hurst shows that all has not yet been said in this acclaimed genre. Starring John Hurt (The Elephant Man, Alien), Carrie-Anne Moss (The Matrix), Shawn Wayans (Scary Movie) and Nick Moran (Lock, Stock and Two Smoking Barrels).