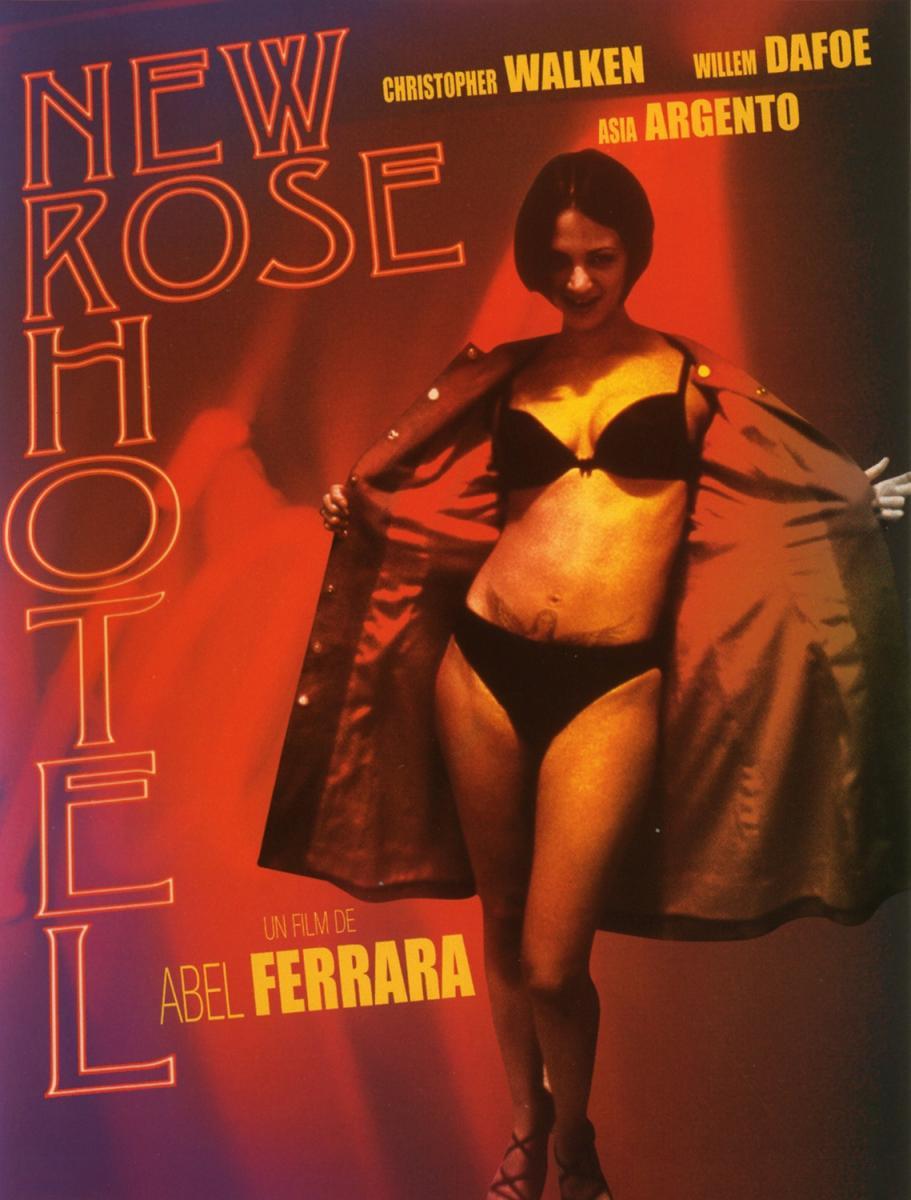 Somewhere in the near future, the world is dominated by big industrial corporations, engaged in a war without mercy. Victory will be assured by the one that controls the latest and most advanced technology. That’s why the Maas conglomerate can not allow to see one of its most brilliant scientists, Hiroshi, run over to the competition. X and Fox, two industrial spies working for one of Maas’ rivals, are charged with his desertion. After considering various strategies, they choose for a dancing girl, the delicious Sandi, to seduce the scientist and convince him to leave his employer. New Rose Hotel, a science-fiction film noir by the versatile Abel Ferrara (King of New York, Bad Lieutenant, The Funeral), is based on a story by William Gibson, the godfather of cyberpunk. Once again, Ferrara introduces his favourite themes, guilt and redemption, and creates an atmosphere of corruption and decay that repels but at the same time attracts. With Asia Argento (Trauma, Phantom of the Opera, B Monkey) in an exciting and sensuous performance as Sandi and class actors Christopher Walken (The Prophecy, Pulp Fiction, The Funeral) and Willem Dafoe (Wild at Heart, The English Patient, eXistenZ) as X and Fox. The renowned Japanese illustrator and animation film director Yoshitaka Amano (1001 Nights, The Angel’s Egg), our guest of honour from 1998, plays Hiroshi. With music by hip hop veteran Schooly D.