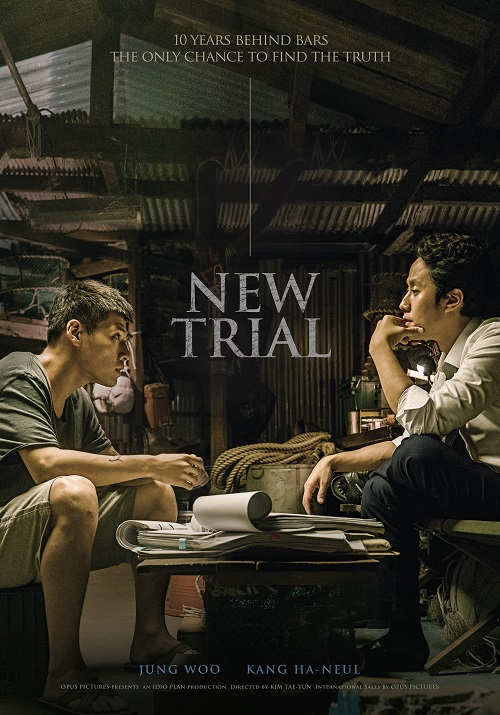 The year 2000. Jo Hyun-Woo is 15. He is a good kid, who may no longer believe in Santa but does believe in justice. That’s bad luck for him, as good cops decide to arrest him for the murder of a taxi driver. He might be innocent, but a few punches in the face from the arm of the law make him confess to anything. 16 years later, Jo Hyun-Woo has done his time in jail, but he’s damaged goods. No one wants to hire him, his mother has become blind and is having trouble putting food on the table and insurances companies want to rob him blind for victim compensation. That’s when he meets Lee Jun-Young, a lawyer who used to plead pro bono, who dreams of a more lucrative professional future. But the more the lawyer digs into the case, the more he realizes that he’s drowning in a sea of corruption. Kim Tae-Yun promised he would never again deal with stories based on true events that stigmatize injustice and corruption in Korea after his 2014 movie Another Family. Nonetheless, the filmmaker couldn’t resist. Not only is New Trial based on real events, the trial is still ongoing! Cleverly, Kim does not look into the trial itself, but he untangles the web of a legal system that is rotten to the core. In the end, the Korean director offers a breath-taking thriller which will want you to make the world a better place.