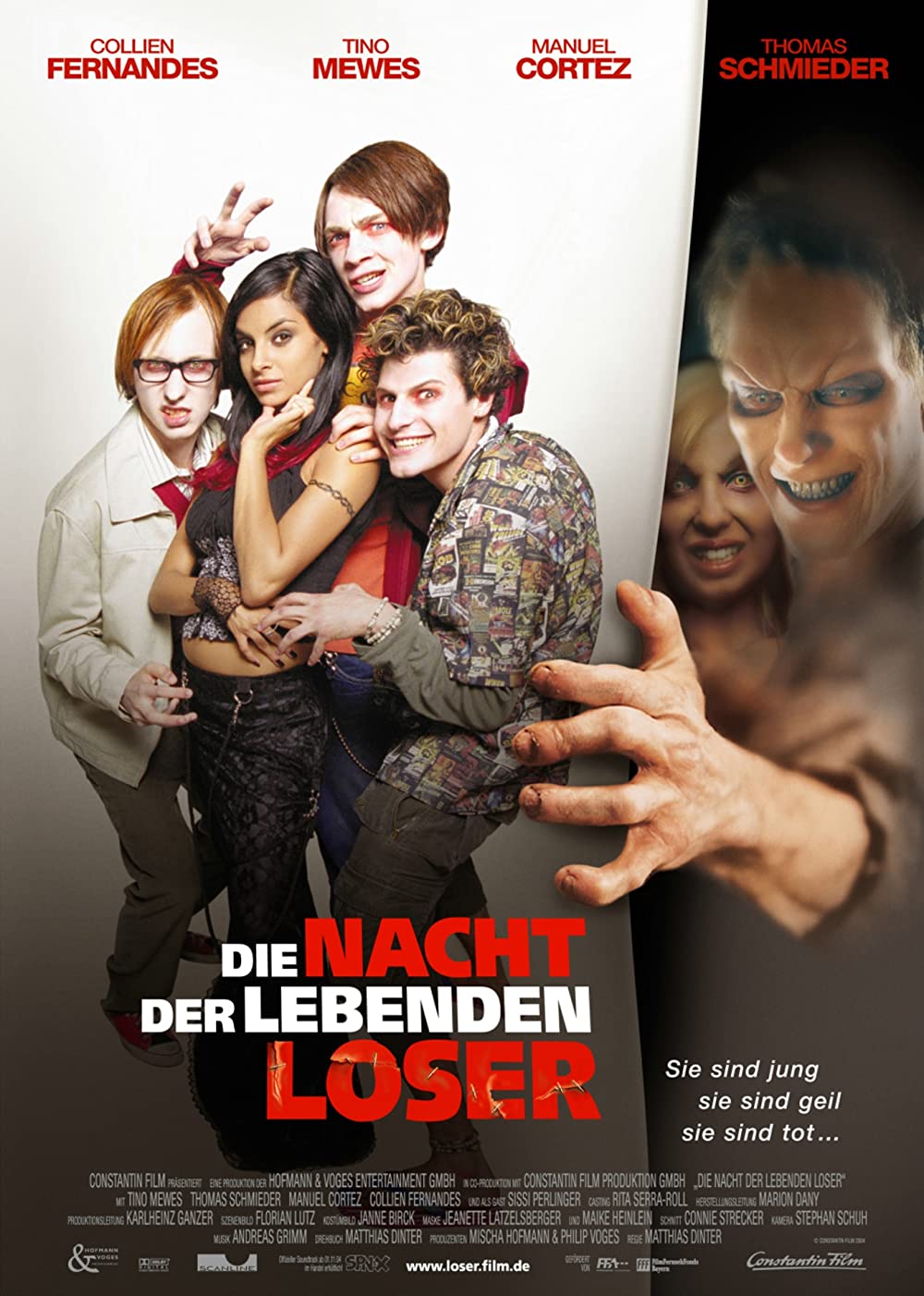 NIGHT OF THE LIVING DORKS

In Haiti, a zombie gets blasted to smithereens by angry islanders and reduced to ashes in an urn. Three months later that urn makes its way to Germany and the pupils of Friederich Nietzsche High School. Philip and his two best friends, Meatball and Conrad, are genuine nerds. Everybody picks on them. One night, they are invited by Rebecca, the cute goth girl next door, to a midnight voodoo ritual at the local cemetery involving a certain urn. The ritual is supposed to change them into cool dudes, but nothing happens. On their way home, the three friends crash their car into a tree. They wake up in the morgue, with a little yellow note to their toe. Much to their surprise, they feel smarter, stronger and better than ever. But there’s this strange and unstoppable craving for fresh raw meat. The Night of the Living Dorks can be called the first German teenage zombie comedy. It’s already hard enough to grow up as an adolescent, but also having to deal with decay and missing body parts might be too much for the average teenager. Producers Philip Voges & Mischa Hofman and young director Mathias Dinter have crafted a refreshing and funny take on the zombie genre. A cool soundtrack, a smattering of special effects, a big dose of sick humor and the imaginative use of a staple gun makes for a most enjoyable experience of frights and laughs.