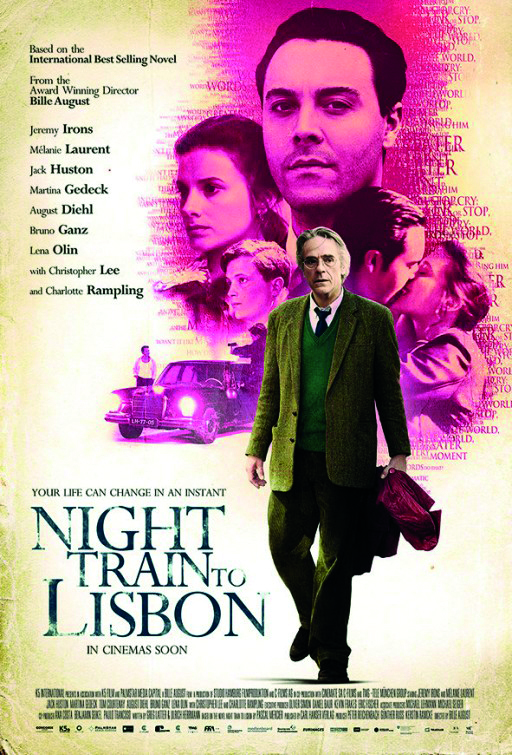 Raimund Gregorius is a high-school Latin teacher and an expert in ancient languages in the Swiss city of Bern. His life is transformed following a mysterious encounter with a young Portuguese woman on the old Kirchenfeld Bridge, whom he manages to save from jumping to her death in the icy waters below. Raimund is intrigued, but the woman disappears, leaving behind her coat. Inside it he discovers a book by a Portuguese doctor called Amadeu de Prado, which contains a train ticket. He spontaneously decides to use it, setting off on an adventurous journey to Lisbon. While looking for the author, Raimund revisits a dark chapter in the country’s history and unveils a tragic love triangle. He is drawn into a mysterious puzzle where the stakes are extremely high, riddled with political and emotional intrigue. Ultimately his journey transcends time and space, touching on matters of history, philosophy and medicine, encountering love and evolving into a liberating search for the true meaning of life. Award-winning director Bille August (Pelle The Conqueror, The House of The Spirits, Smilla’s Sense of Snow) brings the bestselling novel by Pierre Mercier to the big screen. The book has been translated into 15 languages and has sold some two million copies in German-speaking territories alone. This sweeping tale of mystery, intrigue and romance, described as a philosophical thriller by August, can count on an impressive international cast, led by Jeremy Irons as Raimund Gregorius and includes Melanie Laurent, Jack Huston, Tom Courtenay, Bruno Ganz, Lena Olin, Christopher Lee and Charlotte Rampling.