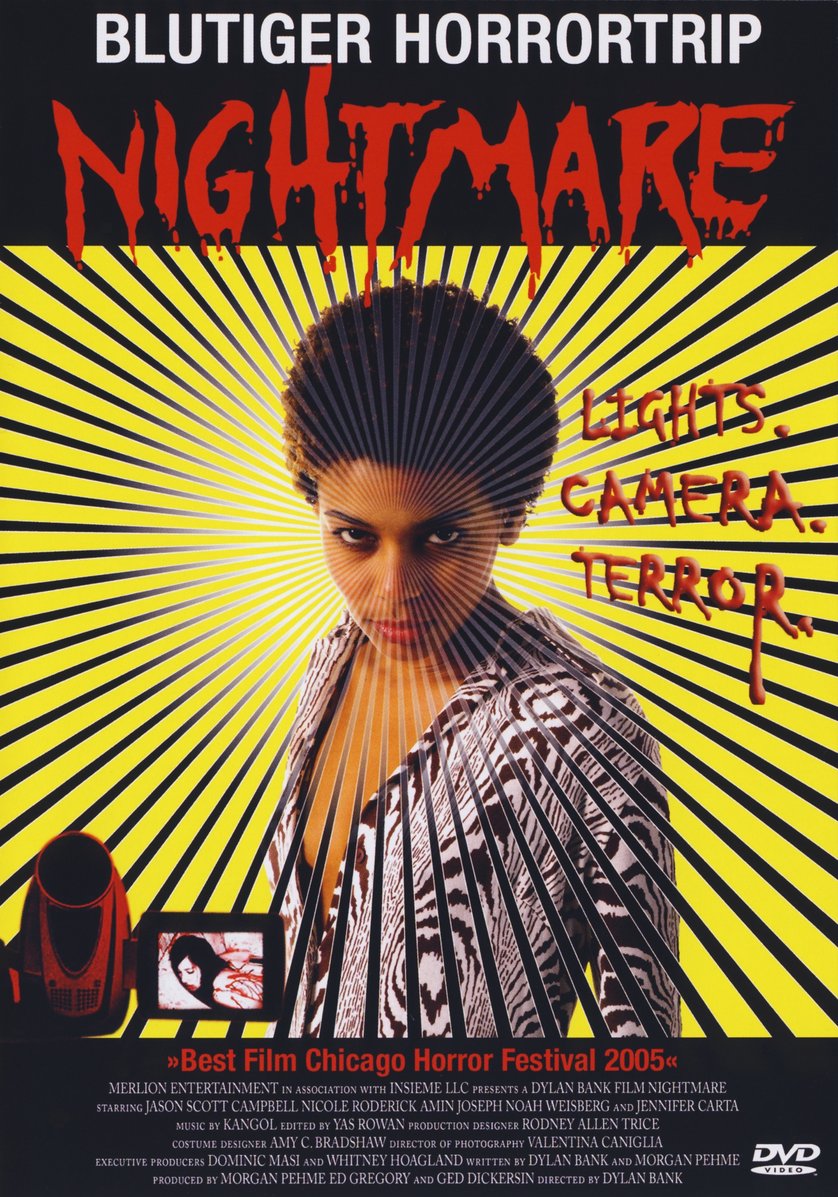 The morning after a wild party. A young film student awakens in the arms of a mysterious actress. Unsure where they are, the pair startles to find a video camera at the foot of the bed aimed at them. Suspicious of one another, the lovers decide to play the tape. Quickly, their apprehension turns to terror as they see themselves on screen gleefully committing a savage murder in the very room they’ve just slept in. But there are no victims and no blood, no sign of a struggle. The student doesn‘t have time to investigate. He‘s late for a very important class; he has to pitch his next film. Abandoning his original concept, he recounts the horrifying experience he just walked away from, convincing everyone it‘s fiction. The class enthusiastically votes to produce the movie. Now the director must spend his days filming the waking nightmares he discovers each morning on videotape and spend every night searching for who’s filming him. Nightmare, the terrific first long feature of writer-director Dylan Bank, is a fearless, stylish debut, fusing psychosexual horror and indie auteur cinema. In his own words : “I aimed to create an experience of visceral terror far more intense than a Hollywood studio would dare to make. A horror movie is a journey through despair and I have let no taboo or inhibition prevent me from wrenching out the intimate secrets buried in our dreams.” This is one nightmare you would be screaming to wake up from.