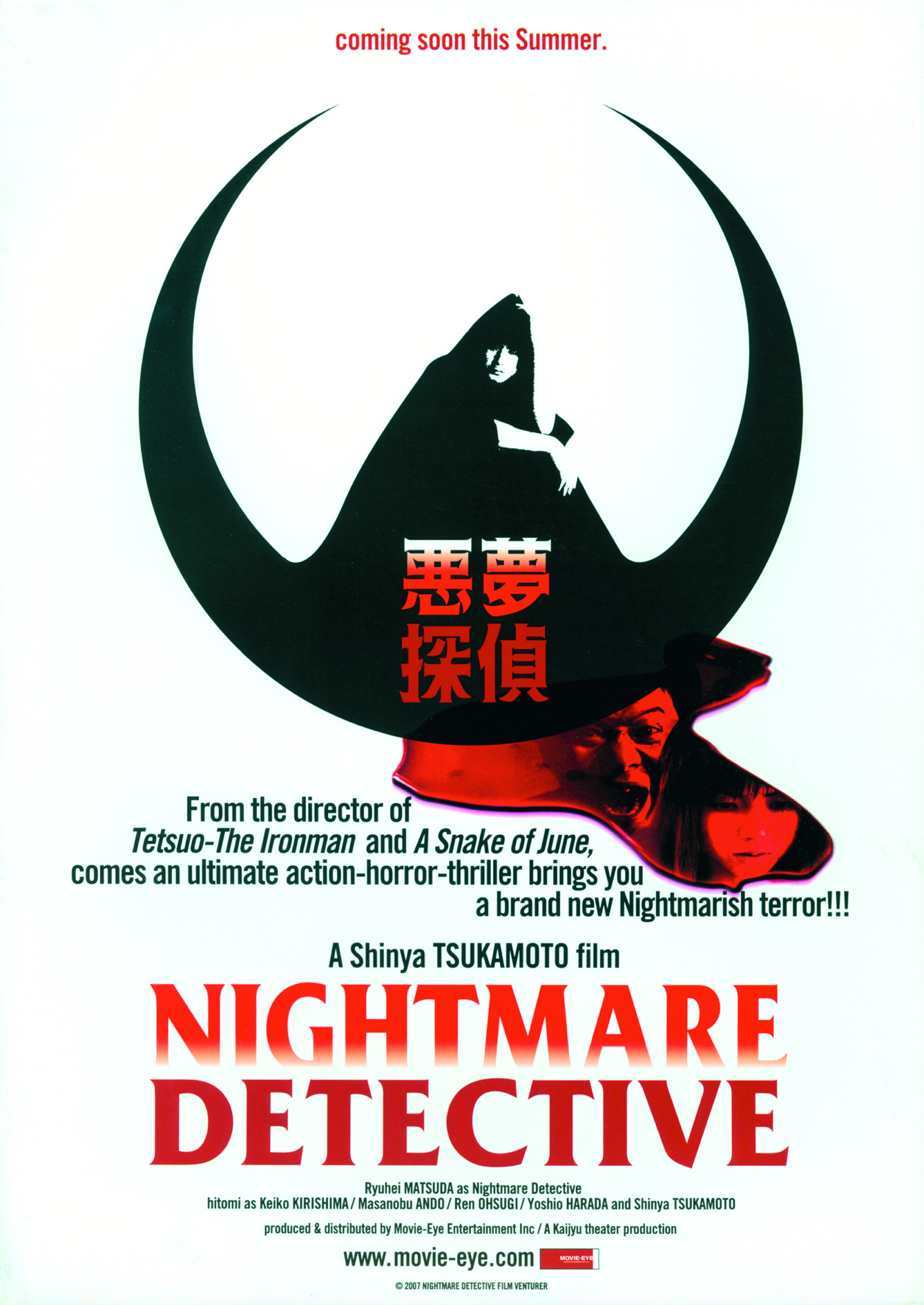 In a big city, a wave of suicides catches fire. The modus operandi is always the same: the victims wildly stab themselves to death, cut their own throats and butcher themselves beyond recognition, without any apparent reason. The only thing the dead have in common is the phone number they call just before they perish at their own hand. Keiko, a crack policewoman, takes it upon herself to solve the case. Soon enough she reaches the conclusion that someone is entering the victims’ dreams and persuading them to take their own lives. She appeals to Kyoichi, a man known as a nightmare detective who can enter the dreams of others, to help. When Wakimaya, one of Keiko’s colleagues, falls victim to the killer, Keiko takes the risk and dials the number, though she knows that she may well be the next suicide on the list. In his own, inimitable style, Shinya Tsukamoto will once again delight the Bifff audience with this brutal, violent and nerve-racking horror slasher. Tsukamoto plays on the old adage that there is nothing more unpleasant to gaze upon than other people’s dreams, as well as the theme that, deep down, everyone has a powerful urge to exit their disappointing temporary life for the eternity of death. Nightmare detective Kyoichi Kagenuma is played by up and coming actor Ryuhei Matsuda, the star of Takashi Miike’s Big Bang Love Juvenile A. Heroine Keiko Kirishima, a woman pushed to the brink of insanity, is portrayed by Japanese popstar Hitomi. Masanobu Ando ( Battle Royale, Red Shadow, Drive ) plays Wakamiya.